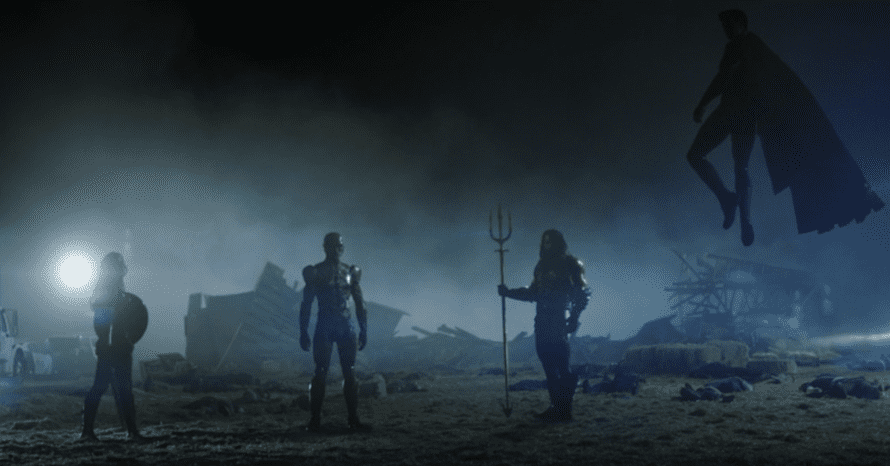 The first season of Peacemaker concluded with the Justice League too late to save the day. James Gunn has already discussed the Justice League cameo primarily featuring Aquaman and The Flash, but he recently revealed to Total Film that there was a lot of footage cut from the scene:

“I have tons of stuff I didn’t use. Ezra went on – and I’m not kidding – for 16 minutes about Aquaman having sex with fish. It was really funny.”

James Gunn went on to tease that there will be more significant DC connections in future seasons of Peacemaker and the other projects he’s working on:

“I think we’re going to see more connections in some other stuff as we move forward with Peacemaker and other shows at HBO Max. So those [cameos] will keep coming. I don’t know if the Justice League is going to show up in every season of Peacemaker; that might be a one-time thing. We’ll see!”

Here is the synopsis for Peacemaker:

PEACEMAKER explores the continuing story of the character that John Cena reprises in the aftermath of executive producer James Gunn’s 2021 film The Suicide Squad – a compellingly vainglorious man who believes in peace at any cost, no matter how many people he has to kill to get it!

The series was created by James Gunn, who wrote all the episodes and directed five of them. The first season of the HBO Max series consists of eight episodes, with Brad Anderson, Jody Hill, and Rosemary Rodriguez also directing episodes. Clint Mansell and Kevin Kiner also composed the DC show’s score.

Peacemaker is now streaming on HBO Max with the second season in development. Stay tuned for all the latest news surrounding James Gunn’s upcoming projects, the future of the Justice League, and be sure to subscribe to Heroic Hollywood’s YouTube channel for more original video content.