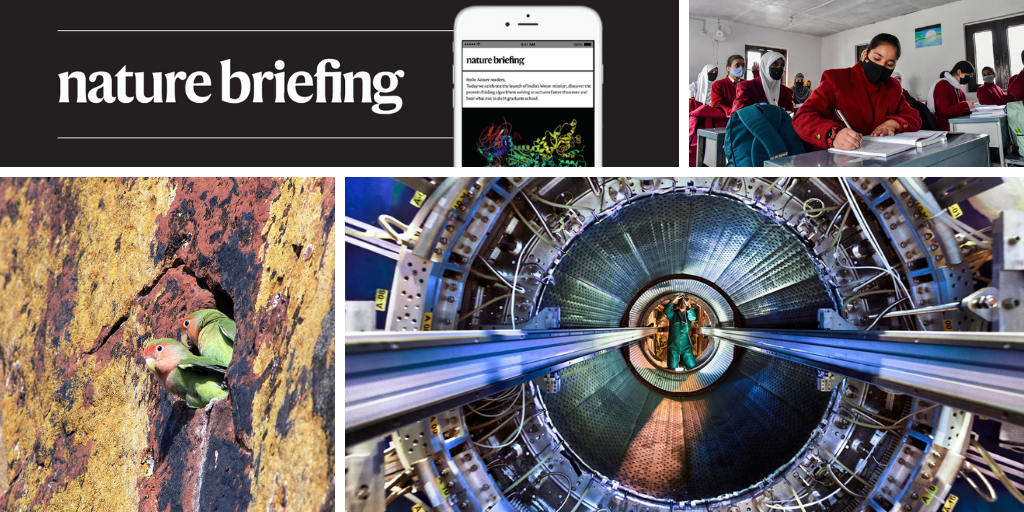 Parrots use their heads to propel themselves while climbing — an acrobatic feat that has not been witnessed in any other creature. Scientists popped rosy-faced lovebirds (Agapornis roseicollis) onto a runway with an adjustable slant to analyse how the birds climb. The researchers concluded that the parrot’s head has been repurposed to function as a third limb — countering the idea that animals never have three limbs, known as the ‘forbidden phenotype’.

Infectious diseases are popping up in unusual ways — unseasonable surges in flu, for example, and the emergence of monkeypox in places where it’s not often found. “These viruses are not different than they were before, but we are,” notes health journalist Helen Branswell in a US-focused overview of how health protections that slowed the spread of COVID-19 have shifted the normal patterns of other infections.

Artificial intelligence (AI) systems that can generate an image from a text description have delighted us with such surprises as ‘a corgi sitting in a house made of sushi’. But OpenAI’s DALL-E 2 and Google Brain’s Imagen have so far released only cherry-picked images — and for good reason. Imagen, for example, was trained on data sets that included “pornographic imagery, racist slurs, and harmful social stereotypes” and so “there is a risk that Imagen has encoded harmful stereotypes and representations”. It’s an ethical conundrum hidden behind the fanfare for many Internet-trained AI models.

Pandemic-related school closures have affected an estimated 1.6 billion students, creating what the United Nations has called the largest disruption to education in history. But science could help. Researchers have built up bodies of evidence showing which strategies are effective at boosting school attendance and learning. A leader in the field is the UK-government-funded Education Endowment Foundation, which has spearheaded dozens of randomized controlled trials.

The world’s most powerful machine for smashing high-energy particles together, the Large Hadron Collider (LHC), has fired up after a shutdown of more than three years. Its work so far, including the triumphant 2012 discovery of the Higgs boson, reaffirmed physicists’ current best description of the particles and forces that make up the Universe: the standard model. Now more data, better detectors and innovative methods raise anticipation that it might find surprising particles or something else completely unknown.

From self-healing concrete to clothes that adapt to environmental conditions, smart materials could one day sense and respond to stimuli. Researchers are developing techniques to use 3D printers to manufacture these smart materials in a process described as 4D printing. “The fourth dimension [is] time,” says architect and computer scientist Skylar Tibbits. “We are 3D printing things that then change over time — that reconfigure, that evolve, that adapt, that have agency.”