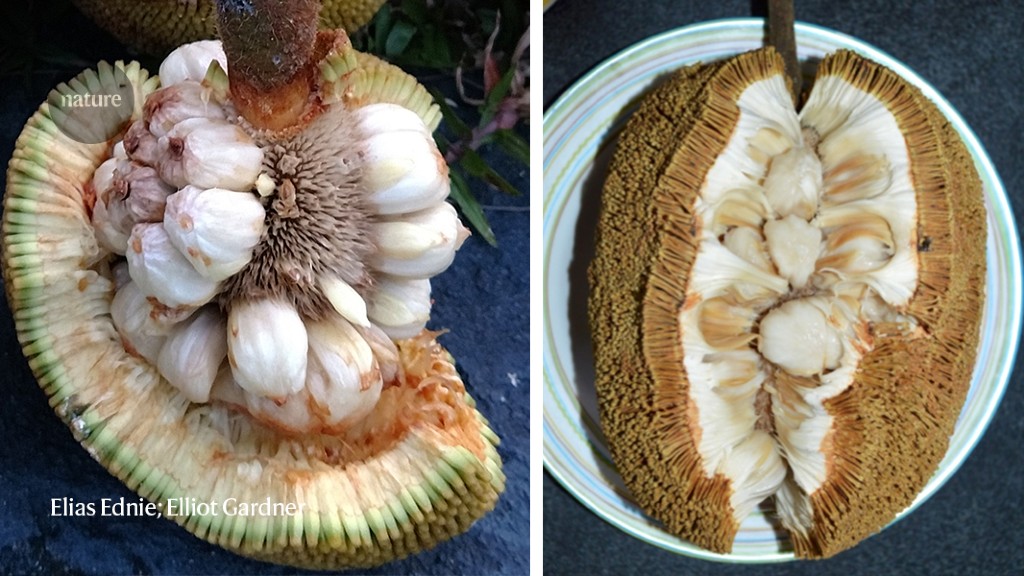 New species can hide in plain sight. A popular Asian fruit tree given the scientific name Artocarpus odoratissimus has been considered a single species by Western science for almost two centuries, despite some Indigenous peoples of Asia applying two names to the tree. But a genetic study1 now confirms that the evergreens that researchers have been lumping together as A. odoratissimus actually belong to two species — as reflected in their Indigenous names, each of which refers to a distinct variety of the tree.

This reclassification exemplifies how Indigenous knowledge can change and strengthen our understanding of biodiversity, says co-author Elliot Gardner, a botanist at the International Center for Tropical Botany in Miami, Florida.

“The underlying picture is that the knowledge that we are now corroborating with molecular markers was there all along,” says Matteo Dell’Acqua, a crop geneticist at the Sant’Anna School of Advanced Studies in Pisa, Italy, who was not involved in the study. “There is information we cannot access if we do not speak with traditional cultures.” The research was published on 6 June in Current Biology.

A tree of many names

A. odoratissimus was first incorporated into Western taxonomy in 1837 by Manuel Blanco, a Spanish friar living in the Philippines. Like other members of the genus Artocarpus, such as jackfruit (A. heterophyllus) or breadfruit (A. altilis), A. odoratissimus is cultivated across southeast Asia for its large, sweet fruit.

The tree was probably domesticated on the island of Borneo, which is a hotspot for Artocarpus diversity. Borneo today is split between the nations of Malaysia, Indonesia and Brunei, and is home to roughly 50 ethnic groups. Among them is the Iban, the largest ethnic group in the Malaysian state of Sarawak in northern Borneo.

In 2016, Gardner and his Malaysian colleagues were conducting field work in Sarawak when they noticed that the Iban field botanists were using two names to refer to the tree. The Iban botanists called A. odoratissimus trees with large fruit and leaves lumok, but dubbed trees with smaller, less sweet fruit pingan.

The researchers later realized that people belonging to another north Bornean ethnic group, the Dusun, also have separate names for the two types of A. odoratissimus. To see whether this difference could be found in the trees’ DNA, the researchers conducted a genetic study comparing lumok to pingan. The team found that the two tree types were related but were genetically distinct enough to be considered separate species, with lumok retaining the name A. odoratissimus and pingan given the scientific name Artocarpus mutabilis.

Gardner says the team thought to investigate whether these were separate species only because the local botanists had used different names. He adds that science has a long history of benefiting from Indigenous knowledge — for instance, scientists often rely on local guides to help make sense of the world around them.

“It’s not surprising at all that people who are around these plants all day long know them in a more intimate way than scientists who just come into the field from time to time,” he notes.

But Indigenous people’s contributions are often overlooked or misappropriated, especially when they stand in opposition to Western priorities, says Victoria Reyes-García, an anthropologist at the Autonomous University of Barcelona in Spain.

Interacting with Indigenous knowledge on an equal footing could help scientists to learn more about the natural world and how to protect it, says Gardner. “We can’t conserve what doesn’t have a name,” he says.