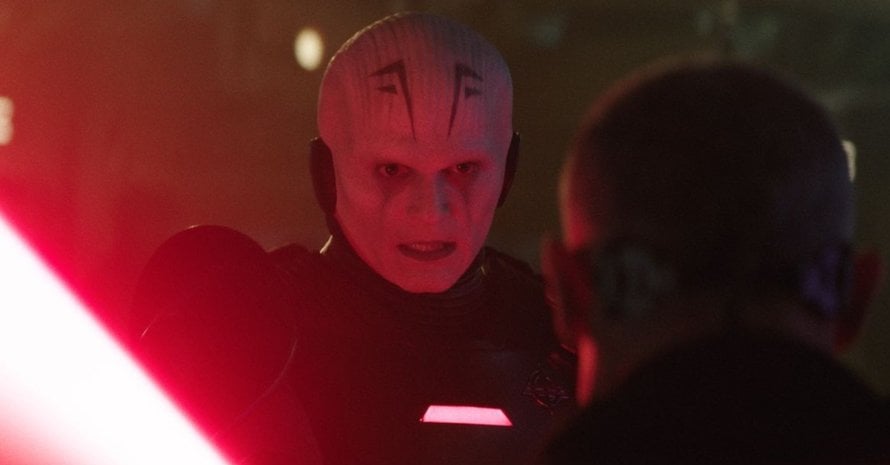 Obi-Wan Kenobi showrunner Joby Harold opened up about the Grand Inquisitor’s surprising fate in the series.

Obi-Wan Kenobi is three episodes in, and a shocking moment came at the end of Part II for Star Wars Rebels fans. In the episode, we see Reva stab the Grand Inquisitor, who appears to be dead despite the character showing up years later in the animated Rebels series. In an interview with Vanity Fair recapping the show’s events so far, Obi-Wan Kenobi head writer had this to say about what happened to the Jedi hunter:

“As you know, we would never break canon. So, that’s all I’ll say. [Laughs.] Canon is everything.”

Harold then talked about his experience watching that moment in front of the fans at the Obi-Wan Kenobi world premiere held during Star Wars Celebration:

“I was sitting with Rupert Friend [who plays the Grand Inquisitor.] I was right in front of him when it happened and we talked about it beforehand. I was like, “How’s this gonna be?” It was an audible gasp. The people like people were not expecting that at all. That was quite gratifying because that’s the intention to show. It begins with the Grand Inquisitor, well, grandstanding and enjoying the sound of his own voice. I don’t think we anticipate that voice suddenly being cut off as it was.”

Based on Harold’s comments, it sounds like the Obi-Wan Kenobi creators are staying true to canon and not killing off the character earlier in the timeline. There could also be a few reasons for how the Grand Inquisitor survived that strike from Reva. For one, we’ve seen Star Wars characters come back from worse before, plus the villain’s species, Pau’an, has two stomachs.

The first three episodes of Obi-Wan Kenobi are on Disney Plus now, with new episodes airing every Wednesday. Stay tuned for all the latest news surrounding the future of Star Wars, and be sure to subscribe to Heroic Hollywood’s YouTube channel for more original video content.