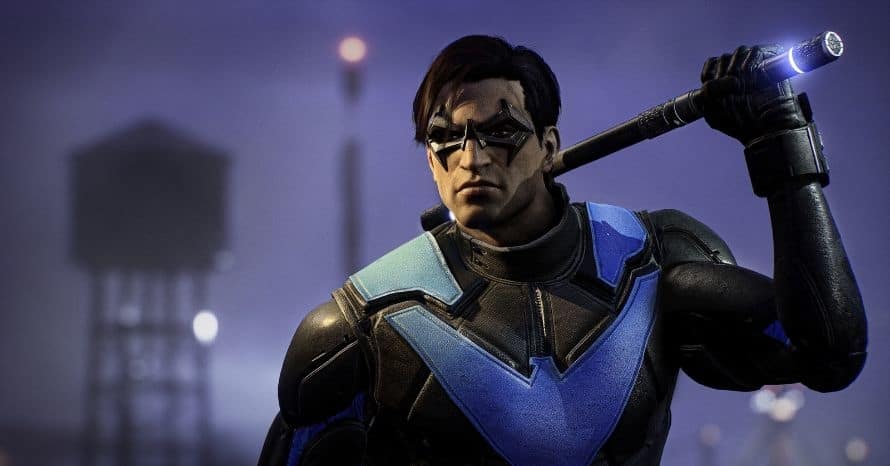 After months, if not years, or rumors and teases, a new Batman game was finally revealed in mid-2020. Instead of focusing on Batman, however, it was revealed that the game would instead focus on Batman’s sidekicks and allies like Batgirl, Nightwing, Redhood, and Robin following the caped crusader’s death. This was followed by release date delays, new trailers, an apparent solid release date, and explanations as to why the game is separate from the previous Batman: Arkham games. The promotions for Gotham Knights, however, have not stopped.

During the Summer Games Fest Showcase, a new trailer for Gotham Knights was revealed. Specifically, it showed off a new story trailer focusing on Nightwing, his combat abilities, what seemed to be customizable appearances, and the enemies he will be facing in the game. The trailer ends with him assuring Batman that he had everything under control.

You can see the full Nightwing trailer for Gotham Knights below:

Here is the synopsis for Gotham Knights:

Batman is dead. It is now up to the Batman Family – Batgirl, Nightwing, Red Hood and Robin – to protect Gotham City, bring hope to its citizens, discipline to its cops, and fear to its criminals. You must evolve into the new Dark Knight and save Gotham from chaos.

Gotham Knights will be released on October 25, 2022, for PlayStation 5, Xbox Series X, and PC. Plans were originally made for the game to be made available on PlayStation 4 and Xbox One but have since been canceled. Stay tuned for all the latest news surrounding all the upcoming DC games, including those set in the Batman: Arkham universe, and be sure to subscribe to Heroic Hollywood’s YouTube channel for more original video content.