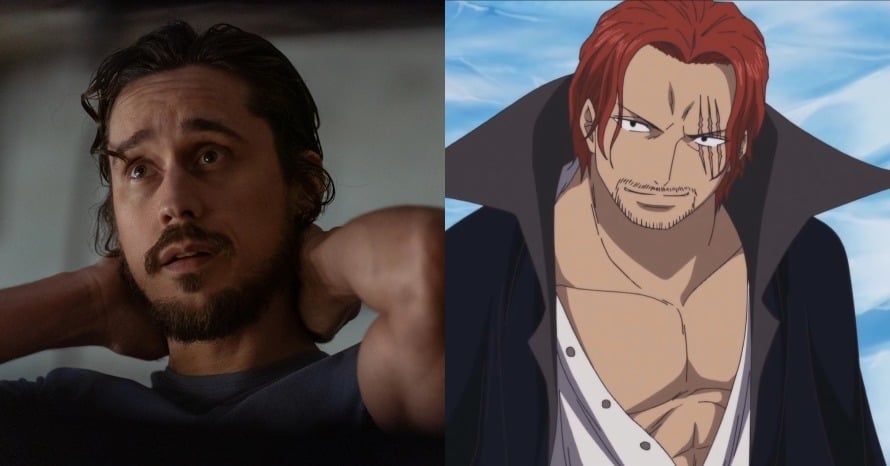 The upcoming live-action One Piece series from Netflix has found its Shanks in Peter Gadiot.

Netflix has revealed that Peter Gadiot has been cast as Shanks for the highly-anticipated first season of its live-action adaptation of One Piece. The announcement was made with a video at Shueisha’s Great Pirate Festival. Production on the Netflix series is currently underway.

The leader of the Red Hair pirates, Shanks is one of the most beloved characters in the One Piece saga and a major influence for its lead character Monkey D. Luffy. As for Peter Gadiot, the actor is best known for his work in the USA Network series Queen of the South and the ABC fantasy drama Once Upon a Time in Wonderland. He was recently seen on the hit Showtime series Yellowjackets.

One Piece creator Eiichiro Oda is serving as an executive producer on the live-action series alongside Marty Adelstein and Becky Clements of Tomorrow Studios, a production company that also worked on Netflix’s Cowboy Bebop. Matt Owens and Steven Maeda are adapting the series for the streamer.

The manga series follows Monkey D. Luffy as he leads his crew of pirates in a search of the world’s ultimate treasure known as the “One Piece” to become the next Pirate King. Their journey brings them to all kinds of exotic islands and oceans across the Grand Line.

The One Piece manga led to a multimedia franchise that includes a festival film produced by Japan’s Production I.G and an anime series from Toei Animation. To date, over 490 million copies of the One Piece manga have been published worldwide.