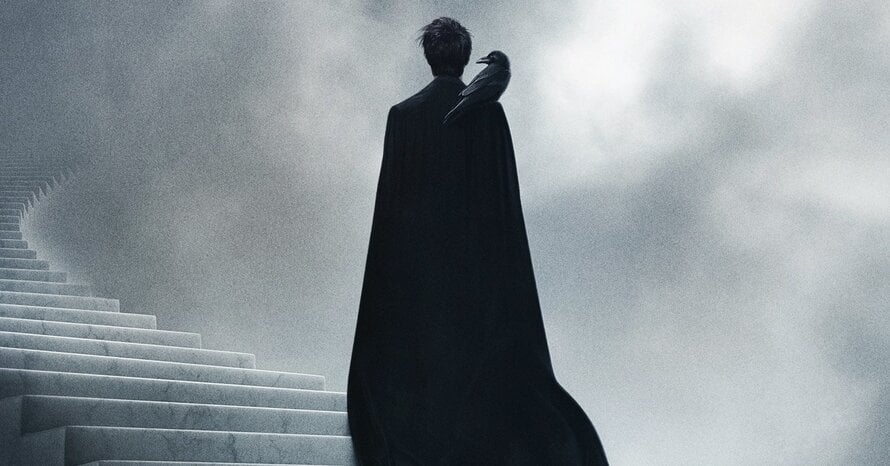 A brand-new trailer for The Sandman reveals more from the upcoming series and when it will drop on Netflix.

An adaptation of Neil Gaiman’s The Sandman has been in development for decades. At one point, Joseph Gordon Levitt was attached to direct and star in a feature, but the project eventually evolved into a television series with Netflix signing a deal with Warner Bros. to produce.

As Netflix celebrates Geeked Week, the streamer dropped a new look at The Sandman series which offers a better look at the upcoming adaptation following Tom Sturridge as Dream and teases the Dreaming. The new trailer also reveals The Sandman will hit Netflix on August 5th. You can watch the trailer and see new character posters for the series below.

Here is the synopsis for Netflix’s The Sandman:

There is another world that waits for all of us when we close our eyes and sleep — a place called the Dreaming, where The Sandman, Master of Dreams (Tom Sturridge), gives shape to all of our deepest fears and fantasies. But when Dream is unexpectedly captured and held prisoner for a century, his absence sets off a series of events that will change both the dreaming and waking worlds forever. To restore order, Dream must journey across different worlds and timelines to mend the mistakes he’s made during his vast existence, revisiting old friends and foes, and meeting new entities — both cosmic and human — along the way.

Wonder Woman co-writer Allan Heinberg serves as showrunner, writer, and executive producer on Sandman. In addition to their duties as writers, Neil Gaiman and David S. Goyer are also on board as executive producers.

The Sandman will hit Netflix on August 5, 2022. Stay tuned for all the latest news surrounding Neil Gaiman’s The Sandman and be sure to subscribe to Heroic Hollywood’s YouTube channel for more original video content.