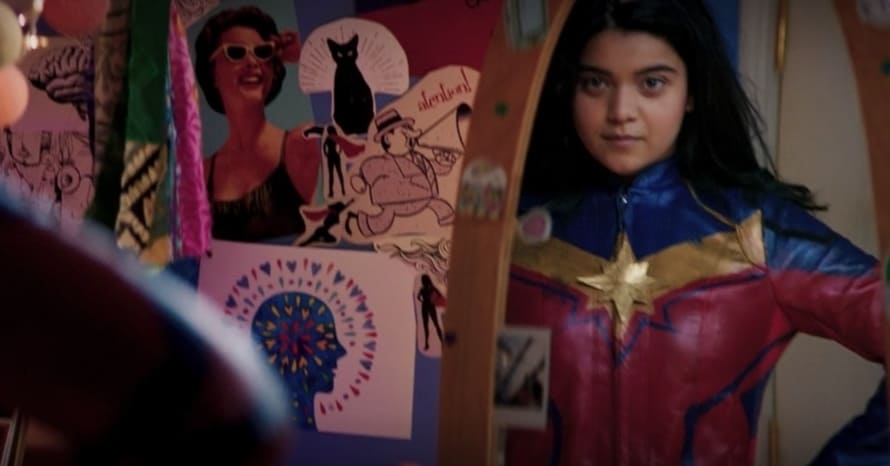 Ms. Marvel will have a June premiere date on Disney Plus based on recent evidence.

Moon Knight will be the next Marvel Studios series to drop on Disney Plus. What comes next has remained a mystery up until now. Earlier on Wednesday at Disney’s Annual Meeting of Shareholders, CEO Bob Chapek revealed that Ms. Marvel would follow Moon Knight. It was also confirmed on Tuesday that Ms. Marvel would release this summer based on a Disney Plus social media post.

According to a recent listing on The Hollywood Partnership, Ms. Marvel will have its premiere on Thursday, June 2nd. This means we can probably expect Ms. Marvel to drop on Disney Plus either on June 6th or June 13th.

Given all the upcoming projects heading to Disney Plus, it appears Marvel and Star Wars projects will start to overlap, with Obi-Wan Kenobi kicking off on May 25th. After Ms. Marvel, we can probably expect to see She-Hulk in the fall.

Here is the synopsis for Captain Marvel:

Set in the 1990s, Marvel Studios’ “Captain Marvel” is an all-new adventure from a previously unseen period in the history of the Marvel Cinematic Universe that follows the journey of Carol Danvers as she becomes one of the universe’s most powerful heroes. While a galactic war between two alien races reaches Earth, Danvers finds herself and a small cadre of allies at the center of the maelstrom.

Ms. Marvel will debut on Disney Plus in summer 2022, while The Marvels will hit theaters in 2023. Stay tuned for the latest news regarding Iman Vellani’s Kamala Khan and the future of the MCU on the big screen and small screen, and make sure to subscribe to our YouTube channel for more content!