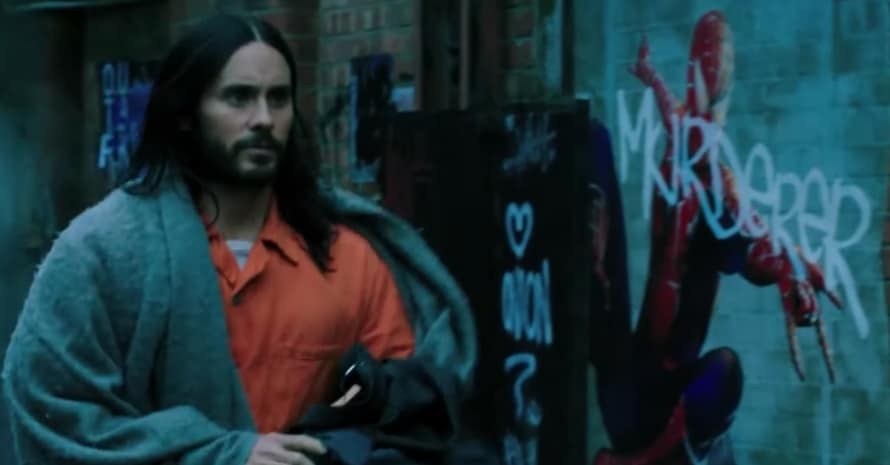 Morbius director Daniel Espinosa opened up about the shot of Tobey Maguire’s Spider-Man from the film’s first trailer.

Morbius starring Jared Leto is finally out in theaters after several delays, and audiences are starting to notice several moments from the trailers that are not in the final product. One of them is a shot of Tobey Maguire’s Spider-Man in the background on some wall art with the words “murderer” spraypainted over it.

Morbius director Daniel Espinosa recently revealed that a Spider-Man does exist in the Living Vampire’s universe. However, the director admitted to CinemaBlend that he was not responsible for putting Tobey Maguire’s Spider-Man in the background of the shot in the trailer:

“That image is only in the trailer. So for me, as a director, I only do the movie. I, as a fan, have several kinds of opinions and thoughts about that. But since I didn’t put it there, because it’s not in the movie, and I didn’t put it in the trailer either. (So) if I said something about what I think it is, it would be as a fan. But because I’m the director, I would be accused of knowing something. Which I don’t, you know? If I knew something, I could tell you. (But) it’s not mine. It’s not from my idea, you know? I would love to be honest and responsible, but I can’t, because it’s not mine.”

Morbius is now playing in theaters. Stay tuned to Heroic Hollywood for the latest news regarding Sony’s Marvel films, the potential future of Tobey Maguire’s Spider-Man after No Way Home, and subscribe to our YouTube channel for more content!