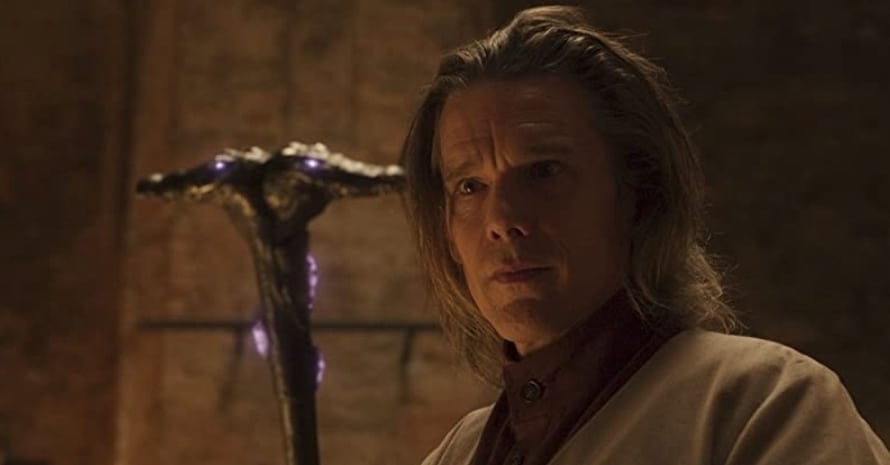 Marvel Studios is expanding itself with each new entry in the Marvel Cinematic Universe. The latest series in the franchise is Moon Knight, which will feature Oscar Isaac in the titular role. Joining Isaac is Ethan Hawke, known for his award-winning indie performances. The upcoming series, which draws heavily from Egyptian mythology, has been dubbed as a limited series by Isaac and the show’s marketing material.

And while it appears to have been conceived as a six-episode run, Ethan Hawke hasn’t denied the possibility of the gang coming back for a second season. Speaking with IGN, the actor behind the creepy Arthur Harrow discussed how the possibility exists for Moon Knight to return.

“The good news is that it’s possibly both. It lives and breathes on its own merits, it functions as a limited series and if people are engaged and excited by it then it could be the origin story of a larger thing.”

It remains to be seen how Moon Knight wraps itself up. After all, this is the Marvel Cinematic Universe, where none appears to be a one-and-done, so the possibility likely exists out of necessity to continue as the franchise expands.