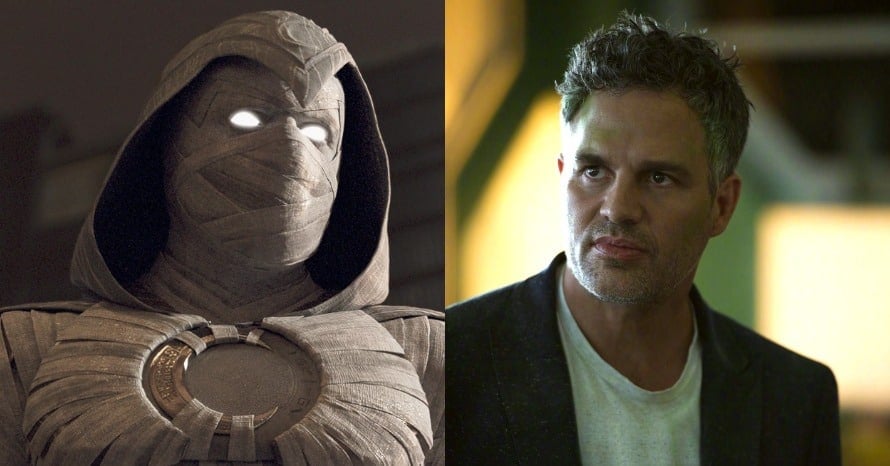 Mohamed Diab, director of Marvel’s Disney Plus series Moon Knight, has addressed the rumors that Mark Ruffalo was due to cameo in the series as Bruce Banner.

Ahead of the release of Marvel’s Moon Knight on Disney Plus, rumors swirled that Mark Ruffalo was due to appear after the actor was seen with Oscar Isaac while the series was being filmed. Fans caught sight of the two actors and even got photos with both of them outside a hotel where they were both staying in Budapest while Moon Knight was filming there. While it seemed obvious Ruffalo would be reprising the role of Bruce Banner for the Marvel series, director Mohamed Diab has confirmed there were no Bruce Banner scenes left on Moon Knight‘s cutting room floor.

As it turns out, Mark Ruffalo happened to be in Budapest for an entirely unrelated project while Moon Knight was filming and ended up in the same hotel as Oscar Isaac by coincidence. Mohamed Diab points out that Budapest is a small city, so it wasn’t particularly surprising the two ended up in the same hotel as each other. In a recent interview with Streamr, Diab explained:

“I’m happy to put bury that rumor, we were shooting in Budapest, and Budapest is the hub for shooting movies these days. So, [Mark Ruffalo] was just shooting another movie… That’s all. He was in the same hotel. It’s a small city. Everyone is staying in the same hotel, but when people saw them together they were just like ‘what.’ Yeah, yeah, so anyone else you saw and didn’t have a cameo, it means they were at the hotel shooting a movie there.”

While it’s a remarkable coincidence the two Marvel actors were in Budapest, shooting separate projects at the same time, a cameo from Mark Ruffalo probably wouldn’t have made too much sense in Moon Knight. The series was one of few Marvel projects not to set foot in the US (save for a few flashbacks), where Bruce Banner is based – its episodes split their time between England and Egypt. There was really little room for the Hulk to get involved in the series’ plot, which revolved around the gods of ancient Egypt.

Moon Knight is now steaming on Disney Plus. Stay tuned for all the latest news surrounding the future of the series and the MCU and be sure to subscribe to Heroic Hollywood’s YouTube channel for more original video content.

Source: Streamr (via One Take News)