Monkeypox vaccination begins — can the global outbreaks be contained? 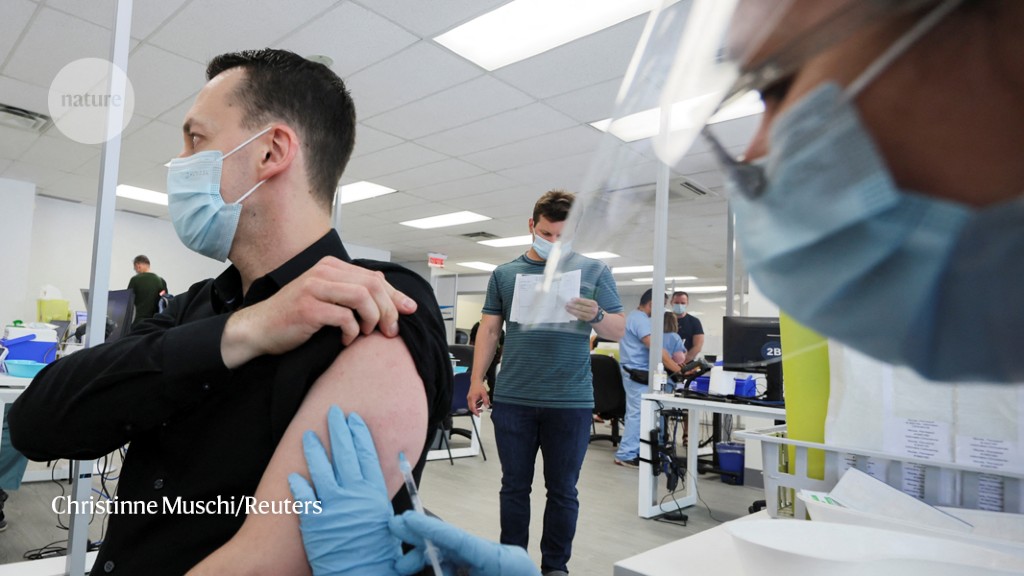 As global monkeypox cases continue to rise, public-health officials and researchers are questioning whether the current outbreaks can be contained. The World Health Organization (WHO) has said that the situation is unlikely to escalate into a full-blown pandemic. But there are now more than 1,000 confirmed infections in nearly 30 countries where outbreaks do not usually occur (see ‘Unusual spread’).

Countries including Canada, the United Kingdom and the United States have begun implementing a strategy called ‘ring vaccination’ to try to halt the spread of the virus. This involves administering smallpox vaccines — which are thought to be effective against monkeypox because the viruses are related — to people who have been exposed to monkeypox through close contact with an infected person.

But there are unknowns and challenges that come with this strategy, says Natalie Dean, a biostatistician at Emory University in Atlanta, Georgia. Although the vaccines are considered safe and effective for use in people with smallpox infection, they have had limited testing against monkeypox. The strategy also relies on rigorous contact tracing, which might not be implemented in every country, and people must agree to be inoculated with vaccines that can trigger rare, but serious, side effects.

Ring vaccination can be a powerful tool, Dean says, but to be effective, it needs to be used early — while case numbers are still manageable. “As the numbers crop up and you think about the number of contacts each individual has, the logistics just become more complicated.” She adds that there is a narrowing window of opportunity to prevent the virus from gaining a more permanent foothold in human or animal populations in countries where the global outbreaks are occurring.

These concerns were heightened on 3 June, when the US Centers for Disease Control and Prevention (CDC) reported genomic data showing that there are at least two strains of the monkeypox virus responsible for the outbreaks. This finding suggests that the virus might have been circulating internationally for longer than was thought. But Andrea McCollum, an epidemiologist who heads the poxvirus team at the CDC in Atlanta, Georgia, says that, although the new genomic data do not change the agency’s efforts to contain the virus, they will complicate the investigation into the outbreak’s origins.

Some countries maintain stockpiles of smallpox vaccines, mainly because public-health officials have been worried that variola — the virus that causes smallpox, which was eradicated more than 40 years ago and that kills about 30% of the people who get it — could be weaponized or accidentally released from laboratories where samples are still kept. Two main types of smallpox vaccine are available today. Each contains a live poxvirus, called vaccinia virus, that is closely related to the smallpox virus. ‘Second-generation’ vaccines can cause rare but serious side effects because they contain vaccinia that can replicate in a person’s cells. ‘Third-generation’ versions have fewer side effects because they contain a weakened virus.

These smallpox vaccines are thought to be about 85% effective against monkeypox infection, according to the CDC and the WHO, which both cite “past data from Africa”, where outbreaks have occurred for decades, to support their assessments. But the highly cited figure is “shaky”, Dean cautions.

It comes from a 1988 observational study1 carried out in Zaire (now the Democratic Republic of the Congo) involving 245 people infected with monkeypox and 2,278 of their contacts, according to McCollum. Because the second- and third-generation smallpox vaccines produce an antibody response in people that is comparable to that induced by the now-obsolete first-generation vaccines administered in the study, scientists think that the newer vaccines would have a similar efficacy against monkeypox. There is also compelling evidence from animal studies that the vaccines would work against monkeypox, but they haven’t been directly tested against that disease in people, Dean says.

Unlike their response to COVID-19, public-health officials aren’t currently mulling a mass-vaccination campaign for monkeypox. That’s because countries have stockpiled more second-generation smallpox vaccines than third-generation versions — and the side effects of the second-generation ones prevent them from being given to children, pregnant individuals, people who are immunocompromised or those with one of a spectrum of skin conditions that are classified as ‘eczema’. Third-generation vaccines, which fewer countries have access to, have fewer side effects and could therefore be given to more people.

At the moment, the risk posed by monkeypox to the general public isn’t high enough to warrant mass vaccination, given the side effects and availability issues, says Daniel Bausch, the director of emerging threats and global health security at FIND, the global alliance for diagnostics in Geneva, Switzerland. But if the virus starts spreading in vulnerable populations, such as pregnant people or children, or if it turns out to have a higher fatality rate than expected, the risk–benefit calculation could change.

No deaths from monkeypox have been reported outside Africa so far this year; however, 4.7% of people who have contracted monkeypox across seven countries in West and Central Africa in 2022 have died. This makes the discussion of a ring — or even broader — vaccination campaign in nations outside Africa sting for researchers on the continent who have been fighting monkeypox outbreaks for decades, says Ifedayo Adetifa, the head of the Nigeria Centre for Disease Control in Abuja. WHO member nations have pledged more than 31 million smallpox vaccine doses to the agency for use in smallpox emergencies, yet these doses have never been used against monkeypox in Africa.

Usually, monkeypox causes fever, swollen lymph nodes and sometimes-painful fluid-filled skin lesions. Left untreated, the infection can clear in a few weeks — especially in those with access to health care.

Bavarian Nordic, the biotechnology firm based in Hellerup, Denmark, that created the third-generation smallpox vaccine MVA-BN, said on 30 May that it has been taking orders in response to global demand. If countries had a larger stockpile of third-generation smallpox vaccines, Raina MacIntyre, an infectious-disease epidemiologist at the University of New South Wales in Sydney, Australia, says it would be a “no-brainer” to use them for a robust ring vaccination campaign against monkeypox.

So far, the United States has been offering either a second- or third-generation smallpox vaccine regimen to people at ‘high’ or ‘intermediate’ exposure risk, which the CDC defines as a person who had “unprotected contact” with the skin or bodily fluids of a person with monkeypox, or who was within 1.8 metres (6 feet) of an infected person. Smallpox vaccines are thought to protect against monkeypox infection if administered within four days of exposure, according to the CDC.

But there are limited real-world data to support this guidance. Whereas the second-generation vaccine stockpiled in the United States is meant to be administered as a single dose, MVA-BN is a two-dose vaccine, administered with 28 days between shots. Because of a lack of testing against monkeypox in humans, it is unknown whether a single dose of MVA-BN would be enough to stop an infection, even if given within four days of exposure, McCollum says.

Even if more nations procure smallpox vaccines and begin a ring vaccination campaign, there is a large difference between theory and reality when it comes to implementing the strategy, MacIntyre warns. In theory, monkeypox is conducive to a ring vaccination campaign because it spreads slower than most human viruses and has a long incubation period. But in reality, the success of this approach relies on robust testing and contact-tracing infrastructure, as well as the ability to quickly vaccinate any high-risk contacts, she says.

And getting people to take vaccines could be difficult. As of 24 May, only 15 of 107 community contacts and 169 of 245 health-care workers in the United Kingdom opted to take an MVA-BN vaccine after possible monkeypox exposure during the current outbreaks, according to a report in Eurosurveillance2.

To avoid tensions and misinformation, health officials will have to communicate very clearly to the public why the campaign is necessary and why only certain individuals are receiving vaccines, says Bausch, who has worked for the WHO and the UK government to address Ebola outbreaks. Another worry is the stigma that is building up around the outbreaks: many of the cases have been in men who have sex with men. Bausch says that, if the disease continues to be stigmatized, people might not want to comply with contact-tracing efforts, which would make ring vaccination much harder.

To stop the spread of the virus, health officials will probably need to look beyond vaccination and focus on quarantine and isolation, as well as community education, he adds. As Bausch wrote in a 2021 comment about Ebola in Nature Medicine3, although ring vaccination has had its successes, “it is far from a panacea”.