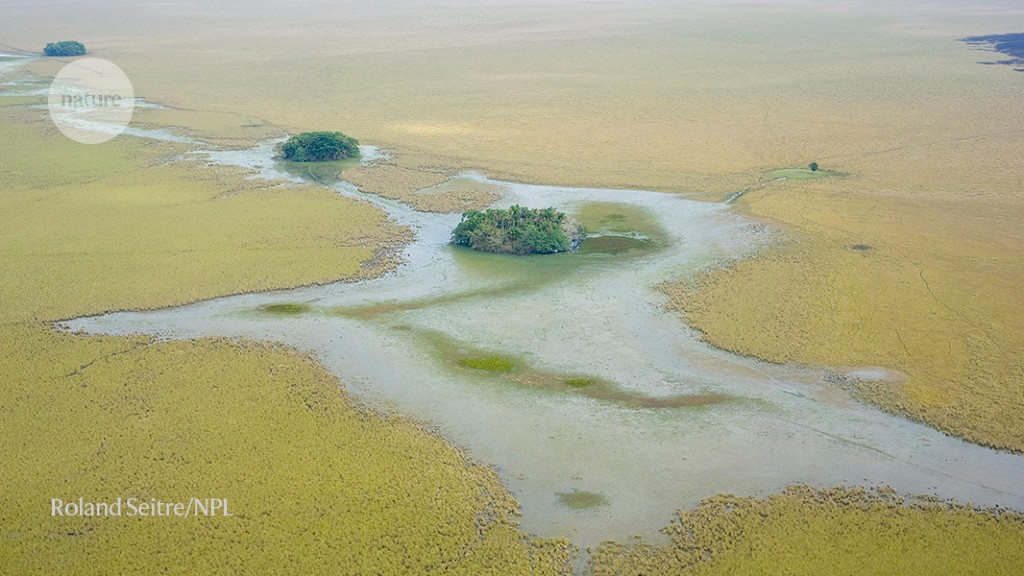 Mysterious mounds in the southwest corner of the Amazon Basin were once the site of ancient urban settlements, scientists have discovered. Using a remote-sensing technology to map the terrain from the air, they found that, starting about 1,500 years ago, ancient Amazonians built and lived in densely populated centres, featuring 22-metre-tall earthen pyramids, that were encircled by kilometres of elevated roadways.

The complexity of these settlements is “mind blowing”, says team member Heiko Prümers, an archaeologist at the German Archaeological Institute headquartered in Berlin.

“This is the first clear evidence that there were urban societies in this part of the Amazon Basin,” says Jonas Gregorio de Souza, an archaeologist at the Pompeu Fabra University in Barcelona, Spain. The study adds to a growing body of research indicating that the Amazon — long thought to have been pristine wilderness before the arrival of Europeans — was home to advanced societies well before that. The discovery was published on 25 May in Nature1.

A shift in thinking

Humans have lived in the Amazon Basin — a vast river-drainage system roughly the size of the continental United States — for around 10,000 years . Researchers thought that before the arrival of Europeans in the sixteenth century, all Amazonians lived in small, nomadic tribes that had little impact on the world around them. And although early European visitors described a landscape filled with towns and villages, later explorers were unable to find these sites.

By the twentieth century, archaeologists had yet to confirm the rumours, and argued that the Amazon’s nutrient-poor soil was unable to support large-scale agriculture, and that it would have prevented tropical civilizations — similar to those found in central America and southeast Asia — from arising in the Amazon. By the 2000s, however, archaeological opinion was beginning to shift. Some researchers suggested2 that unusually high concentrations of domesticated plants, along with patches of unusually nutrient-rich soil that could have been created by people, might indicate that ancient Amazonians had indeed shaped their environment.

The hypothesis gained steam when, in 2018, archaeologists reported3 hundreds of large, geometric mounds that had been uncovered because of deforestation in the southern Amazon rainforest. These structures hinted at ancient organized societies capable of thriving in one location for years — but direct evidence of settlements was lacking.

In 1999, Prümers began studying a set of mounds in the Bolivian part of the Amazon Basin, outside the thick rainforest. There, a multitude of tree-covered mounds rise above a lowland area that floods during the rainy season.

Previous digs had revealed that these ‘forest islands’ contained traces of human habitation, including the remains of the mysterious Casarabe culture, which appeared around ad 500. During one excavation, Prümers and his colleagues realized that they had found what looked like a wall, indicating that a permanent settlement had once occupied the area. The researchers also found graves, platforms and other indications of a complex society. But dense vegetation made it difficult for them to use conventional methods to survey the site.

By the 2010s, a technique called lidar — a remote-sensing technology that uses lasers to generate a 3D image of the ground below — had come into vogue with archaeologists. In 2012, a lidar survey of a valley in Honduras helped lead to the rediscovery of an ancient pre-Columbian city rumoured to exist in the area. The jungle had completely overtaken the settlement since it was abandoned in the fifteenth century, making it all but impossible to see from the air without lidar.

Prümers and his colleagues took advantage of lidar in 2019, when they flew a helicopter equipped with the technology over six areas near sites confirmed to have been occupied by the Casarabe people. The team got more than it bargained for, with lidar revealing the size and shape of 26 settlements, including 11 the researchers hadn’t been looking for — a monumental task that would have taken 400 years to survey by conventional means, Prümers says.

Two of the urban centres each covered an area of more than 100 hectares — three times the size of Vatican City. The lidar images revealed walled compounds with broad terraces rising 6 metres above the ground. Conical pyramids made of earth towered above one end of the terraces (see ‘The settlement beneath’). People probably lived in the areas around the terraces and travelled along the causeways that connected the sites to one another.

“We have this image of Amazonia as a green desert — devoid of any type of culture,” Prümers says. But given that civilizations rose and thrived in other tropical areas, he notes, “Why shouldn’t something like that exist here?”

Why these settlements were abandoned after 900 years is still a mystery. Radiocarbon dating has revealed that the Casarabe disappeared around 1400.

Prümers points out that lidar images revealed reservoirs in the settlements, perhaps indicating that this part of the world wasn’t always wet — an environmental shift that might have driven people away. However, consistent pollen records reveal4 that maize (corn) was grown in the area continuously for thousands of years, indicating sustainable agricultural practices.

At the very least, the discovery of long-lost Amazonian societies “changes the general perspective people have of Amazonian archaeology”, says Eduardo Neves, an archaeologist at the University of São Paulo in Brazil. Present-day logging and farming in the Amazon Basin are almost certainly destroying important archaeological sites that have yet to be discovered, he says, but a growing interest in Amazonian archaeology could lead to the protection of vulnerable places.

These discoveries also counter the narrative that Indigenous peoples were passive inhabitants of the Amazon Basin before the arrival of Europeans. “The people who lived there changed the landscape forever,” Neves says.