Mathematics prizes have a gender problem — can it be fixed? 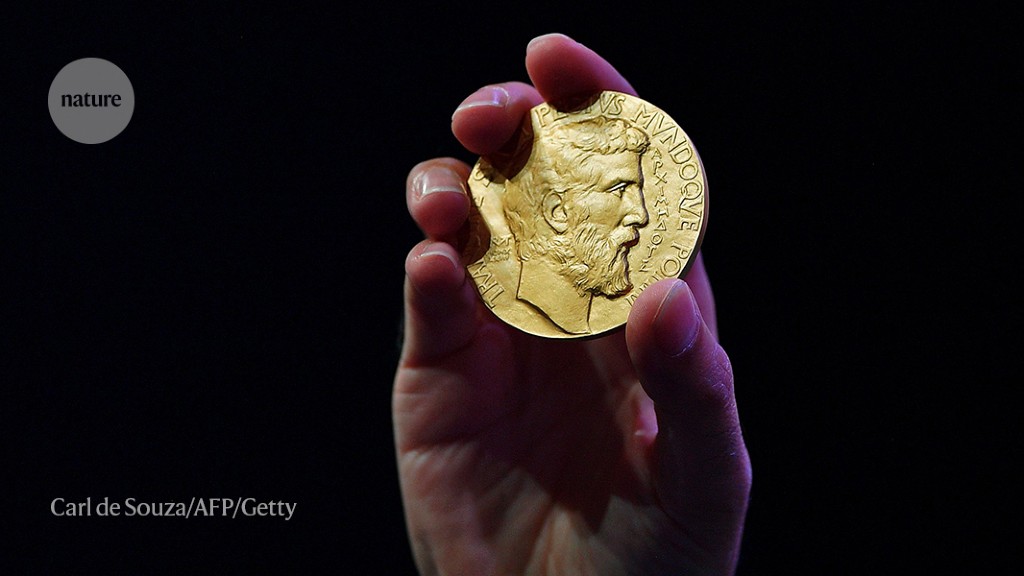 In July, up to four of the world’s most promising young mathematicians will receive a Fields Medal, one of the discipline’s highest honours. But the prize, awarded every four years, has honoured only one woman since it was inaugurated in 1936.

Even as some university mathematics departments have slowly been getting more diverse — and as women earn a larger proportion of PhDs in what used to be an nearly all-male field — mathematics’ top prizes are still almost exclusively going to men.

It’s a problem shared by many prestigious science awards. Some prize-giving organizations are making tentative attempts to increase diversity among nominees and in the prize committees that make the decisions — mirroring steps taken by the Royal Swedish Academy of Sciences, which awards the Nobel Prizes. But in a community that tends to work by consensus and is not accustomed to rapid change, researchers expect progress in mathematics to be frustratingly slow.

“When it comes to the final selection, women are often seen as ‘not quite enough’,” says Kathryn Leonard, a mathematician at Occidental College in Los Angeles, California, who is president of the Association for Women in Mathematics (AWM), headquartered in Providence, Rhode Island. Some female mathematicians receive less recognition than do men with comparable achievements, she adds. “All of this is magnified several times over for women of colour.”

Although many scientific organizations have been vocal about the steps they are taking to encourage diversity, some mathematicians have been more reluctant. The mathematical community is especially keen on meritocracy and on avoiding the stigma associated with measures such as quotas. But assessing merit is itself not an exact science, says Jess Wade, a materials scientist at Imperial College London who is known for running science-outreach projects aimed at improving diversity. “I truly believe that it’s a really lazy excuse to say ‘we’re just awarding excellence’.”

However, some researchers — including ones who are involved in choosing the winners of the Fields Medal — say that there is too much focus on major awards, and point out that by some other measures, women are making solid progress in the field.

The Fields Medal announcement is due on 5 July in Helsinki, on the eve of the International Congress of Mathematicians (ICM), which is held every four years. This year’s congress was originally planned to take place in Saint Petersburg, Russia, but will instead be held virtually in response to Russia’s invasion of Ukraine.

The late Maryam Mirzakhani is the only woman to have won the medal; she was also the first Iranian awardee. And there is only one woman among the 25 laureates of the similarly prestigious Abel Prize, awarded by the Norwegian Academy of Science and Letters: Karen Keskulla Uhlenbeck, who won in 2019.

The Shaw Prize in Mathematical Sciences — another award coveted by mathematicians — has also gone to only one woman so far, Claire Voisin in 2017. The Wolf and Crafoord Prizes have never honoured women in the field of mathematics. Neither has the US$3 million Breakthrough Prize in Mathematics, founded by Russian billionaire Yuri Milner.

Israel’s Wolf Foundation, which awards the Wolf Prizes, has been making efforts to improve gender balance, says Reut Inon-Berman, the foundation’s director general. “In our call for nominations, we encourage nominating both women and men,” she says. In 2022, women won six out of ten Wolf Prizes in physics, chemistry, agriculture and architecture, she points out. For mathematics, the efforts have not yet paid off, she adds, but the number of nominations has been increasing.

The Breakthrough Prize in Mathematics has a committee made entirely of past winners — all men. A spokesperson for the prize wrote in an e-mail that the foundation “is very conscious of the problem of gender imbalance in science and mathematics, and is currently considering adding some external members to the Committee to increase its diversity”.

Women earn between 25% and 30% of mathematics PhDs in the United States, according to surveys by the American Mathematical Society1 (AMS), and that proportion has stayed roughly steady between 2007 and 2018. AMS data also show that women form about one-quarter of permanent faculty members in mathematics across US colleges, although that proportion drops below 10% at universities that grant PhDs, and to less than 7% when counting only the top 50 most prestigious maths departments in the country. (Representation is lower than in other research fields: on average, women hold 38% of permanent positions in science and engineering fields at US universities according to 2019 data.)

When compared with the percentage of female faculty members at the leading US maths departments, women are not severely underrepresented among the winners of prizes for mathematics research awarded by the AMS itself, 5% of which go to women, according to a 2012 study2,3. This suggests that the small number of women who get highly coveted professorships are almost as likely as their male department colleagues to receive other forms of recognition.

The AMS told Nature that it is conducting a detailed demographic survey of its members, including their gender identity — which should help to keep these metrics more up-to-date and accurate. The society has also emphasized increasing the diversity of its prize committees, a goal that the Nobel Prize-awarding Swedish Academy of Sciences is pursuing in the hope that it will lead to greater diversity among nominees and winners. “The committees are given instructions that emphasize inclusivity and, in some cases, broader interpretations of selection criteria,” it said in a statement.

The International Mathematical Union (IMU), which awards the Fields Medal, also says that it is pushing for better representation of women. The IMU has an executive committee that appoints other committees, including those for awards. “The Executive Committee tries to take into account various geographic and gender balance issues,” says IMU president Carlos Kenig, a mathematician at the University of Chicago in Illinois. “That’s certainly a big part of the discussion.” The prize-awarding committee itself remains anonymous until after the winners are announced, except for the chair, a position filled by whoever is the president of the IMU at that time.

“The general atmosphere inside the IMU is to be supportive toward women,” says Marie-Françoise Roy, a mathematician at the University of Rennes in France. A turning point for the organization, Roy says, was the presidency of Ingrid Daubechies, the first woman to hold the post, in 2011–14. The IMU now has a Committee for Women in Mathematics, which Roy chairs.

But more-representative committees don’t always guarantee better balance in award outcomes. Even gender-equality advocates often hesitate to push for individual women, fearing a backlash against the candidates themselves, Leonard says. This is a familiar dynamic on the academic-job market as well, says Roy. “When a woman gets a position, people can tell her in a very unpleasant way ‘you have been chosen because of this push’.” Moreover, Leonard says, women “don’t think to ask to get themselves nominated because they don’t think they will succeed based on the historical list of winners”.

In recent years there has been an improvement in the representation of women among nominees for the Nobel Prizes. It is difficult to track whether the Fields Medal nominations have seen a similar trend, because the committee is not limited to considering formal nominations and discusses many names informally during its meetings, Kenig says.

One big question for a discipline that prides itself on its exactitude is whether awards committees can be truly objective when comparing candidates. The culture of mathematics tends to buy into lone-hero mythologies, says science historian Michael Barany at the University of Edinburgh, UK — and therefore to under-emphasize factors that might give men unfair advantages, such as social support, role models and mentorship. “The idea that a result comes out of pure unencumbered mind of the mathematician tends to sustain this rather individualistic narrative,” he says.

“The community sense of merit is probably quite strong, and it’s based on the work on the theorems,” says Kenig. But mathematicians also admit that personal biases can enter into their deliberations. “My experience of various prize committees is that the membership really has a strong determining factor in the outcome,” Kenig says.

For this year’s Fields Medals, the IMU adopted guidelines on unconscious bias for the first time, aimed at committee members and those who send nominations. “This is the only way I can see you can take care of that — is by making people aware of it,” says Kenig.

Meanwhile, the Abel Prize still receives few nominations for women, says Hans Munthe-Kaas, a mathematician at the University of Bergen, Norway, who chaired the prize committee between 2019 and 2022. “An issue is that, although it is not explicitly stated, the Abel Prize has de facto become a lifetime achievement award,” Munthe-Kaas says. Many of the candidates did their most famous work decades ago, when “there were very few women in mathematics”, he adds.

Nevertheless, the Norwegian Academy of Science and Letters, which awards the Abel Prize — as well as the Kavli Prizes in Astrophysics, Nanoscience and Neuroscience — has been trying to improve diversity, in particular in the committees’ composition, says Gunn Elisabeth Birkelund, the academy’s secretary general. Birkelund thinks that the demographic disadvantage will eventually disappear. “Today, more women are involved in math,” she says. “You can anticipate that there will be a change just by looking at the numbers.”

Birkelund says the academy is unlikely to push for younger people to be considered — which could also increase the diversity of the winners — in part because the prize has deliberately differentiated itself from the Fields Medal, which is usually only given to mathematicians under the age of 40.

Despite the slow pace of change among major prizes, female mathematicians are winning more recognition in other ways. One of the highest honours for a mathematician is to be an invited speaker at the ICM. Roy estimates that this year, women will constitute 20% of those speakers, up from roughly 15% at previous congresses (see ‘Diverse speakers’). This is higher than the proportion of women authors publishing in top maths journals, she says.

Some mathematicians point out that there is value in having conference speakers who are more representative — in terms of gender but also geographical region, sexual orientation and race. “Our goal is to hear the exciting and newest developments, but there’s also a sense of building a community,” says Robert Bryant, a mathematician at Duke University in Durham, North Carolina, who chairs the IMU Committee on Diversity.

Kenig says that thanks to the continued efforts, recognition will become more balanced, including in top prizes. “It is difficult to know exactly what to do, but my general feeling is that with constant attention to this, this will resolve itself. Maybe not as quickly as one would desire.”

Roy is optimistic. One hopeful change, she says, is that the IMU is instituting a prize named after a woman, the mathematician Olga Ladyzhenskaya, who narrowly missed being the first woman to win a Fields Medal in 1958. And following an initiative by Iranian female mathematicians, 12 May, Mirzakhani’s birthday, has become an unofficial international day of women in mathematics.