Maria Bakalova Officially Joins The Cast Of Guardians Of The Galaxy Vol. 3 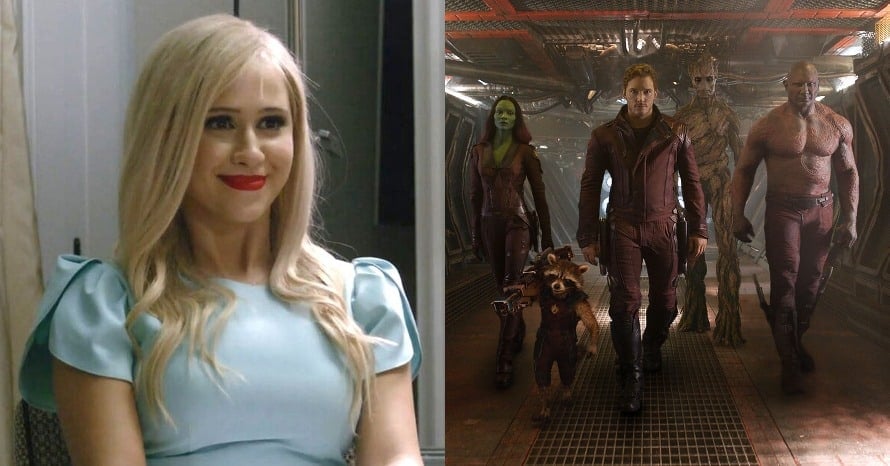 Maria Bakalova, whose previous credits include Borat: Subsequent Moviefilm and The Bubble, will be appearing in Marvel Studios’ Guardians of the Galaxy Vol. 3.

The Bulgarian actress, who received an Oscar nomination for her supporting role in Borat: Subsequent Moviefilm, is set to appear in a currently undisclosed role in the third installment of the Guardians of the Galaxy franchise. Filming on the upcoming MCU project wrapped a month ago, with Maria Bakalova’s involvement being kept under wraps until now.

Guardians of the Galaxy Vol. 3 will be the final film to feature the original lineup of Guardians, headed up by Chris Pratt’s Star-Lord. It will also introduce Will Poulter as the gold-skinned superhuman Adam Warlock. Warlock’s creation was teased in a post-credits scene at the end of Guardians of the Galaxy Vol. 2, where it was suggested he would be used against the Guardians, though whether he will remain antagonistic or not is yet to be seen.

It is not yet known whether Maria Bakalova’s character will be a friend or foe to the Guardians in the upcoming film. However, she is not the only MCU newcomer in the film whose role is yet to be announced. Director James Gunn recently teased an unannounced actor’s involvement in the film and this is not believed to be Bakalova. It sounds like Gunn still has a few surprises in store for his final Guardians picture.

In addition to her previous involvement in the Borat sequel and Netflix movie The Bubble, Maria Bakalova will soon be appearing in A24’s Bodies Bodies Bodies, which has received positive early reviews.

Guardians of the Galaxy Vol. 3 is set to hit theaters on May 5, 2023. Stay tuned for all the latest news on the upcoming Marvel film and Maria Bakalova’s MCU role, and be sure to subscribe to Heroic Hollywood’s YouTube channel for more original video content.