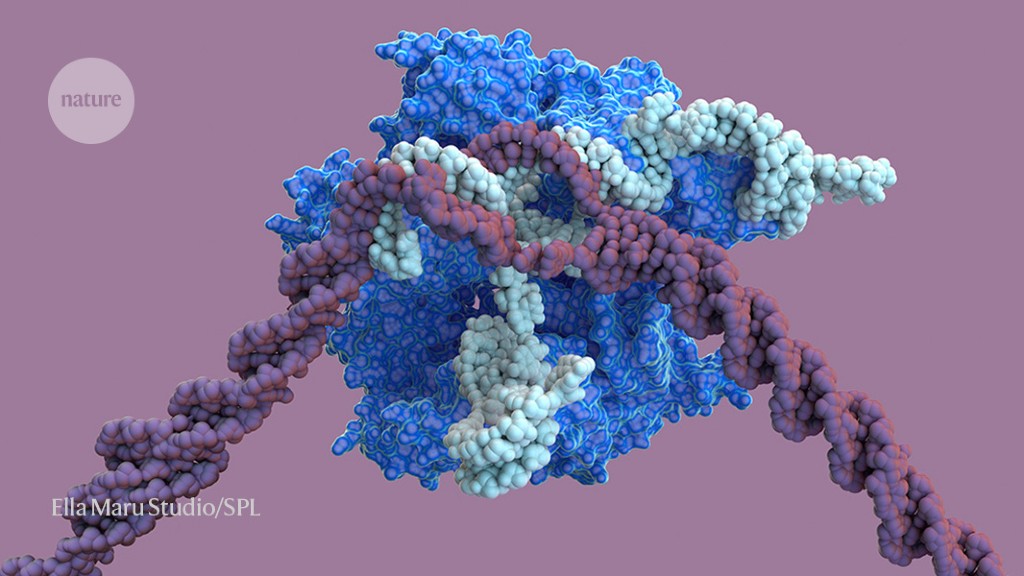 A long-running dispute between two groups that claim to have invented the revolutionary CRISPR–Cas9 gene-editing tool is likely to remain unresolved for years to come, lawyers say — despite the US patent office’s latest decision to award key patent rights to one of the teams.

The ultimate outcome of the patent row — which began in 2016 — could mean millions of dollars in royalties for the victor, if and when CRISPR-based therapies make it to market.

But the dispute shows little sign of ending, and the intellectual property around CRISPR is growing more complex. Patent offices in other countries have reached different decisions about who invented what. Additional parties have entered the battle, contesting ownership of pivotal, early CRISPR–Cas9 patents. And patents on CRISPR-related technology have proliferated as new techniques are developed.

“This could be going on for years,” laughs Catherine Coombes, a patent attorney in the York, UK, office of the intellectual property law firm Murgitroyd. “Many years.”

The patent case in question has pitted two high-profile research teams against each other. One, led by molecular biologist Feng Zhang at the Broad Institute of MIT and Harvard in Cambridge, Massachusetts, has won several key decisions by the US Patent and Trademark Office (USPTO). The other team includes biochemist Jennifer Doudna at the University of California, Berkeley, and microbiologist Emmanuelle Charpentier, who began her work on CRISPR at the University of Vienna. In 2020, Doudna and Charpentier shared the Nobel Prize in Chemistry for discovering CRISPR–Cas9 gene editing — but patents and Nobel prizes are not necessarily judged by the same criteria.

The Berkeley team (abbreviated as CVC in the latest USPTO decision) filed for its original patent in 2012, a few months earlier than the Broad Institute. But at that time, the USPTO awarded patents on the basis of who was first to invent a technology, rather than who was first to file the patent, and the two teams have been arguing for years about who initially developed CRISPR–Cas9 gene editing. (The USPTO changed its procedures in 2013 and the United States, like much of the rest of the world, now awards patents according to who files the application first.)

There are now more than 11,000 families of patents on CRISPR-related technologies, according to the business-intelligence firm Centredoc in Neuchâtel, Switzerland. But the initial patents that the CVC and Broad teams filed are considered to be broad and foundational: many companies that wish to sell products such as therapies or crops made with CRISPR–Cas9 gene editing might be required to obtain licences whichever team wins these fights.

“It makes sense why there’s been so much focus on these patents: the technology is so significant,” says Daniel Lim, a patent litigator at the law firm Kirkland & Ellis International in London. “But there’s so much more than this one, isolated and really unique feature of the old US legal system — there’s a whole world out there.”

Over the years, the USPTO has repeatedly ruled in favour of the Broad, but the CVC team prompted another evaluation of patents covering what will probably be the most lucrative application of gene editing: modifying genomes in eukaryotes, a group of organisms that includes humans and crops. Both CVC and the Broad claimed to be the first to have adapted CRISPR–Cas9 gene-editing for use in eukaryotes, and the case involved poring over lab notebooks and e-mails to work out when each team achieved success. On 28 February, the USPTO determined that the Broad got there first, potentially by a matter of weeks.

Even if the decision stands, it could be some time before the Broad stands to earn much in royalties. No human therapy based on CRISPR has yet been approved, although several are working their way through the pipeline. On 28 February, Intellia Therapeutics in Cambridge, Massachusetts, announced that its experimental CRISPR–Cas9 treatment for a rare condition called transthyretin amyloidosis reduced production of an errant protein by up to 93%, with effects lingering for at least a year. And by the end of 2022, a team of two companies — CRISPR Therapeutics, of Cambridge and Zug, Switzerland, and Vertex Pharmaceuticals of Boston, Massachusetts — plans to file for approval from the US Food and Drug Administration for its experimental sickle-cell disease treatment based on CRISPR–Cas9.

Both of these teams licensed patents from CVC, rather than the Broad. That means they might eventually need to come to an agreement with the latter team, which could be entitled to a portion of any profits from the treatments.

That need not delay the progress of the therapies, says analyst Geulah Livshits at Charden, a health-care investment bank in New York City. Two companies have claimed patent rights to the lipid nanoparticle that Moderna Therapeutics in Cambridge, Massachusetts, used to encase its mRNA-based COVID-19 vaccine. But that ongoing dispute did not keep the vaccine from reaching the market, Livshits notes.

The CRISPR–Cas9 patent landscape remains unclear, she adds. CVC might appeal against the USPTO’s decision in a federal patent court, but the case is unlikely to go all the way to the US Supreme Court, says Kevin Noonan, chair of the biotechnology and pharmaceuticals group at the law firm McDonnell Boehnen Hulbert & Berghoff in Chicago, Illinois. “There’s no big policy question here for the court to address,” he says.

It’s also possible that neither CVC nor the Broad will reap the rewards of the foundational CRISPR–Cas9 patents. Both are facing challenges on these patents from two other companies: ToolGen in Seoul and Sigma-Aldrich, now owned by Merck in Darmstadt, Germany.

And in the European Union, the key CRISPR–Cas9 patents in the Broad’s portfolio have been tossed out altogether owing to missing paperwork. In the course of finalizing its patents, the Broad team decided to drop one of its inventors from the filings — but neglected to get written approval from him, a requirement in the EU system. As a result, CVC has the upper hand in Europe. “Europe’s gone in a completely different direction to the US,” says Coombes, “which makes things interesting from a licensing perspective.”

Companies now also have the option of avoiding these patents altogether by using different CRISPR systems. Such systems occur naturally in many bacteria and archaea, and can have various properties. Over the past two years, says Fabien Palazzoli, a senior patent analyst at Centredoc, there has been a dramatic increase in the number of patent applications claiming new diagnostic tests for viruses and bacteria, possibly spurred by the COVID-19 pandemic.

Relatively few of these use CRISPR–Cas9, he says; instead, they use alternative enzymes such as Cas13 or Cas14, which is remarkably small and easy to transport into human cells. Labs have also engineered new CRISPR-associated enzymes, such as base editors, that are better able to make specific edits. Patent filings on base editors are doubling every year, Palazzoli says, and now exceed 730.

Against the backdrop of so much activity, it will be years until it becomes clear how much the original CVC and Broad patents are worth, says Coombes. “I don’t think CRISPR–Cas9 is the be all and end all,” she says. “There’s still a lot up for grabs.”