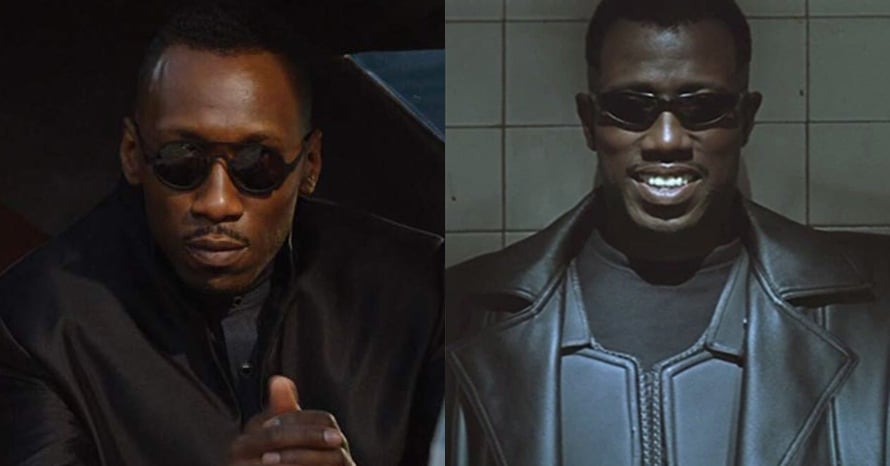 The path to Mahershala Ali’s Blade film has been a lengthy one. The film was announced back in 2019 during the 2019 San Diego Comic-Con. Since then a director for the film has been announced, with the cast including the likes of Delroy Lindo and Krypton‘s Aaron Pierre. The character made his Marvel Cinematic Universe debut off-camera during a post-credits scene in Eternals, hinting at a team-up with Kit Harrington’s Black Knight. Now at long last, production for the film is about to begin.

According to Production Lists.com Mahershala Ali’s Blade is set to begin production on July 4th. The project summary gives us the background that we are all familiar with thanks to the Wesley Snipes films:

He is known to be a vampire hunter— half-mortal, half-immortal— who tries to rid the world of vampires as a way of avenging his mother, who was killed by a vampire as she gave birth to him.

Mahershala Ali’s Blade last appeared in Eternals. Here is the synopsis for the film:

The story takes place across two time periods. One storyline is set in the past when they operated as a formidable team and a close family unit. The second storyline is in the present, when the group has fractured and split apart, content to live among humans, hiding in plain sight. The prevailing threat of the Deviants, which once again threatens the existence of mankind, means the Eternals need to put their differences aside and regroup.

Stay tuned for all the latest news on Mahershala Ali’s Blade and be sure to subscribe to Heroic Hollywood’s YouTube channel for more original video content.