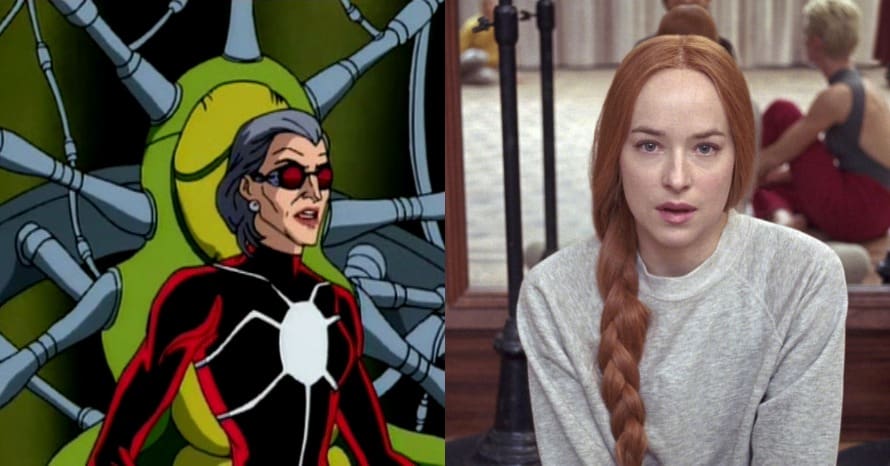 The upcoming Madame Web film is being described as Sony’s version of Doctor Strange in a new report.

Sony is in full-swing when it comes to its own Spider-Man Universe. With two Venom films already under their belt and Morbius finally hitting theaters, the franchise continues to expand – especially after the success of Spider-Man: No Way Home showcasing the concept of the Multiverse like never before. Now, new films centered on Kraven the Hunter and Madame Web are in the works, and in the case of Madame Web, it appears she is shaping up to be the Sony’s Spider-Man Universe’s equivalent of Doctor Strange.

Within the recent report that Euphoria actress Sydney Sweeney has signed on to join Dakota Johnson in Madame Web, Deadline reported that insiders claim that the titular character “is essentially Sony’s version of Doctor Strange” due to her psychic sensory powers.

Given the fact that through the Multiverse approach depicted in both Spider-Man: No Way Home and the upcoming Doctor Strange in the Multiverse of Madness, this claim that Madame Web is Sony’s version of Doctor Strange poses some interesting ideas. For one, the fact that we can see more Multiversal craziness in Sony’s universe is exciting, especially for fans hoping to see Tom Holland, Andrew Garfield, and or Tobey Maguire reprise their roles and face off against some of these adversaries.

Morbius will hit theaters on April 1, 2022. Stay tuned for all the latest news on Sony’s plans for their Spider-Man universe including Madame Web, as well as news related to the upcoming Doctor Strange in the Multiverse of Madness, and be sure to subscribe to Heroic Hollywood’s YouTube channel for more original video content!