Like a frog in a pot on the stove, I am offering this slowly warming Hot Take – TechCrunch 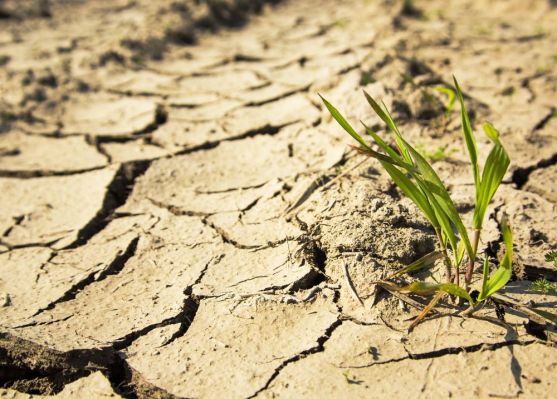 I’ve been writing about climate change for about 22 seconds. I spoke with a dozen VCs about how they see the world of climate change. I’ve read every report, spoken to scores of founders and, when the Intergovernmental Panel on Climate Change (IPCC) released its 3,675-page report the other day, I took a couple of deep breaths, popped a benzo to (ineffectively) ward off an anxiety episode and got to reading.

The thing to know about the IPCC is that while it ain’t perfect, it’s certainly thorough. More than 270 authors, more than 34,000 sources and a comprehensive peer-review process that yielded more than 62,000 comments and pieces of feedback mean that it’s one of the most comprehensively sourced and researched annual reports we have about climate change and what’s happening on this pale blue dot we’re on, careening around a molten ball of death and fire at 67,000 miles per hour.

The major takeaway from the report is that “it isn’t too late, but we’re beyond prevention”. In other words, even if we somehow magically manage to curtail all new emissions, we’re still pretty fuxored, as I believe the kids say these days. It has been beyond frustrating, over the past few years, to hear the “discussion” regress to “is this even real?” and “it may be real but it wasn’t our fault”, and the entire political machinery of the world’s biggest economy stick its ignorant heads in the sand for four years while the planet hangs its proverbial head in shame and despaiir over a blazing barbecue grill.

The report doesn’t mince words: We are facing disruption to people, ecosystems and food supply, and we’re facing a deeply troubling and unknown future. In our lifetimes — in the next 20 years — we’re going to see some very significant shifts in the way the planet eats, sleeps and breathes. She’s a planet that’s been under observation for as long as I’ve been alive, and the doctors are scratching their heads as to whether it’s time to transfer her to the intensive care unit, because things ain’t looking good.

“This report is a dire warning about the consequences of inaction,” said Hoesung Lee, chair of the IPCC. “It shows that climate change is a grave and mounting threat to our wellbeing and a healthy planet. Our actions today will shape how people adapt and nature responds to increasing climate risks.”

The truth is that the world faces unavoidable multiple climate hazards over the next two decades with global warming of 1.5°C. The cruel misfortune here is that even if we manage to stay under 1.4°C, that doesn’t mean we’re magically going to be okay. And the second kicker is that even temporarily exceeding this 1.5°C warming level will result in additional severe impacts, some of which will be irreversible. Risks for society will increase, including to infrastructure and low-lying coastal settlements.

The tech exodus from California to Miami — famously one of the lowest-level cities, that will be all but inhabitable if the current trend continues — hurts my soul. To me, it’s an indication of the short-term thinking of tech bros, and, by extension, the venture capital industry itself. In a world where venture capital operates at 7-10 year timescales, but the event horizon for abject disaster is slightly beyond that time frame, we simply don’t have the financial incentives for the VCs to solve the biggest problems. When the event horizon gets close enough that venture capital can have a meaningful impact on the issue, we’re already standing around with water up to our ankles and personal, portable air purifiers strapped to our faces.

That isn’t to say that the $40 billion invested in climate startups last year is ineffectual. Nor that it’s not helpful to tackle some of the issues climate startups are tackling. But what’s lacking, overall, is a bold vision to actually want to roll our sleeves up and make a real difference. The number of VCs who — on the record — are willing to admit that they are in it for the money, and that it’s a nice perk to be saving the planet, is staggering. Perhaps I am needlessly upset about this, but oceans are rising and empires are falling, and for every time some famous millionaire slaps some other famous millionaire at a globally televised feel-good cavalcade for the Hollywood elite, we allow ourselves to be swept away with the tide and forget about the climate. Until the next hurricane causes all the local supermarkets to be sold out of cat food, or the next wildfire season burns down two-thirds of California and the pendulum swings back to caring about the environment again for a hot minute.

“This report recognizes the interdependence of climate, biodiversity and people and integrates natural, social and economic sciences more strongly than earlier IPCC assessments,” said Lee. “It emphasizes the urgency of immediate and more ambitious action to address climate risks. Half measures are no longer an option.”

In a country that gives the fewest number of shits it can get away with under late-stage capitalism, I grow more and more uneasy about our chances to be able to navigate our way through the upcoming storm. The COVID-19 pandemic fills me with equal measures of dread and hope. Dread, because on an individual responsibility level, it’s embarrassing that we can’t find it in our hearts to agree that wearing masks to look after each other — a $0.10 piece of cloth that can save a fellow human’s life — is a good idea. What are we even doing with ourselves? Hope, because it showed that when the world’s specialist scientists agree to rally around a common goal (okay, sure, with an enormous financial jackpot dangled in front of the scientific community), we were able to go from identifying a new coronavirus to deploying a vaccine in a year.

The cynic in me thinks “sure, it’s easy to rally around a vaccine when people are being carted to hospital by the boatload,” but it does show that with the right incentives, humans truly can move mountains, one pebble at a time, if we must. The deep tragedy with climate change is that people are dying, but we are all, collectively, a group of dim-witted, under-educated tadpoles in a giant vat on a slow burn. We aren’t going to get out alive, but the pot is warming up slowly enough that we may just enjoy the bath water until we perish, one by one. The poor and under-resourced first, of course.

Does that sound like a world you want to live in? Yeah, me neither. So here’s my challenge: Do you have talent? Skills? Resources? A brain that works, a pair of hands that can help? Then stop making dog-walking apps, give web3 a miss and stop making asinine landfill-bound laser pointers that can point at mosquitos. We are, collectively, better than that. If you want to shift what you’re doing toward tackling an aspect of the climate crisis, do that. If you are happy where you are, use your social capital to influence how your company does business. Are you carbon neutral? Can your company recycle, use cleaner power, travel less, switch power providers, etc? Then do that. Set goals beyond the recommended minimums, and don’t let your communities — whether it’s your neighborhood, your company, your family or your friends — get away with not caring and not taking action.

“The scientific evidence is unequivocal: Climate change is a threat to human wellbeing and the health of the planet. Any further delay in concerted global action will miss a brief and rapidly closing window to secure a liveable future,” said IPCC Working Group II Co-Chair Hans-Otto Pörtner. Listen to him, and the works of 34,000 groups of scientists.

If it turns out that saving the planet is the wrong thing to do, we can always choose to burn it to cinders at a later date. For now, let’s keep our options open, eh?