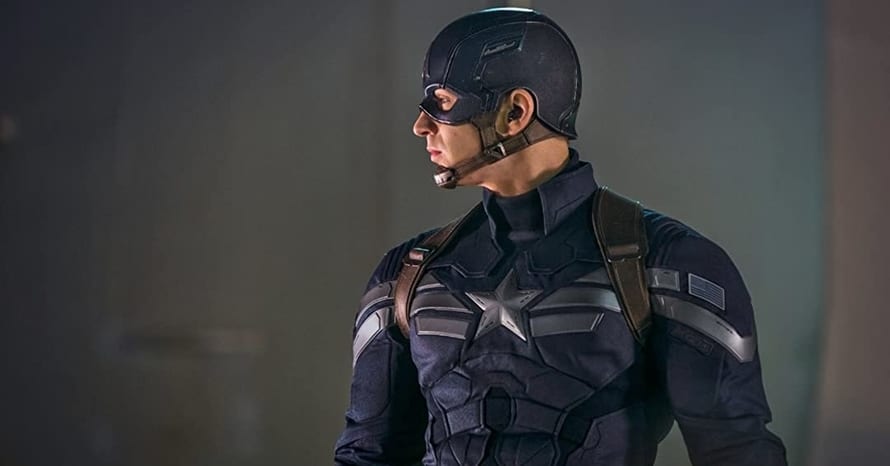 While promoting his new film Lightyear, Chris Evans talked about the possibility of returning to the MCU as Steve Rogers/Captain America, saying he’s unsure if he could be tempted back to the role.

Although he had previously played Johnny Storm, the Human Torch, in the early 2000s’ Fantastic Four movies, Chris Evans really put himself on comic book fans’ radars when he entered the Marvel Cinematic Universe as Captain America. Debuting in the role in 2011’s Captain America: The First Avenger, Evans would continue to appear as the star-spangled Avenger throughout the MCU, bowing out in 2019’s Avengers: Endgame.

Chris Evans was asked by Comicbook.com whether he would return to the role of Captain America. While the actor didn’t rule out a return, he did emphasize how happy he was with his work with Marvel, leading to some reservations over returning to meddle with Endgame‘s perfect ending for Steve Rogers.

One story fans seem eager to see is that of Captain America returning the Infinity Stones to their proper places in space and time – Avengers: Endgame only showed Cap stepping into the time machine and then his return as an old man, having chosen to live out his life in the past with his WW2 sweetheart, Peggy Carter. Asked about bringing this missing story to life, Chris Evans said:

“Yeah, that seems to be something people would like to see. I don’t want to disappoint anybody, but I just don’t know if, you know, it’s tough to– it was such a good run and I’m so happy with it and it’s so precious to me. It would have to be perfect…

“It just would be scary to rattle something that is, again, so so dear to me and that role means so much to me. So, to revisit it, it would be a tall order.”

It sounds like Chris Evans isn’t jumping at the chance to come back to the MCU, given how Steve Rogers’ story was already handled and how satisfied he was with his work with the character. However, Captain America’s story has continued beyond Steve, with Anthony Mackie’s Sam Wilson taking up the shield and finally adopting the Captain America moniker at the end of the Disney Plus series The Falcon and The Winter Soldier.

Here is the synopsis for Chris Evans’ next film, Lightyear:

The definitive origin story of Buzz Lightyear, the hero who inspired the toy, “Lightyear” follows the legendary Space Ranger after he’s marooned on a hostile planet 4.2 million light-years from Earth alongside his commander and their crew. As Buzz tries to find a way back home through space and time, he’s joined by a group of ambitious recruits and his charming robot companion cat, Sox. Complicating matters and threatening the mission is the arrival of Zurg, an imposing presence with an army of ruthless robots and a mysterious agenda.

Lightyear blasts off into theaters on June 17, 2022. Stay tuned for all the latest news on the upcoming Toy Story spinoff, and be sure to subscribe to Heroic Hollywood’s YouTube channel for more original video content.