Liam Neeson To Voice Qui-Gon Jinn In ‘Star Wars: Tales Of The Jedi’ 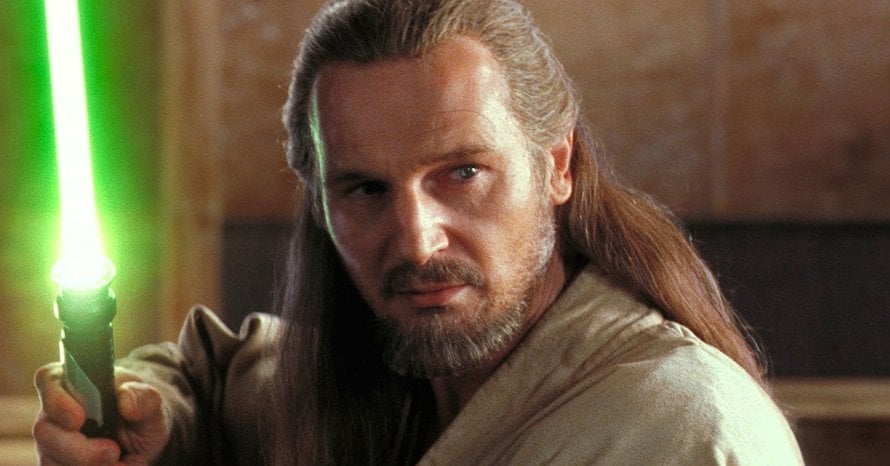 Liam Neeson will reprise his role as Qui-Gon Jinn in the animated anthology series, Star Wars: Tales of the Jedi.

2022 is without a doubt the biggest year Star Wars will have in television so far. The beloved franchise had The Book of Boba Fett earlier this year, currently has Obi-Wan Kenobi dropping new episodes on Disney Plus for the next few weeks, and the upcoming Rogue One prequel series Andor is set to premiere this coming August. Now, we got news about a new animated anthology series in Tales of the Jedi, which will be set during the Prequel Trilogy era and will feature some returning characters, including Qui-Gon Jinn (Liam Neeson).

Liam Neeson, whose only appearance in the live-action Skywalker Saga of films was in Star Wars: The Phantom Menace, will be reprising his role as Jedi Master Qui-Gon Jinn in Tales of the Jedi. The animated anthology series, which was announced during Celebration Anaheim, will consist of six animated shorts, with the first three centered on Ahsoka Tano (Ashley Eckstein), and the other three centered on a young Count Dooku.

This news regarding Qui-Gon Jinn appearing in Star Wars: Tales of the Jedi is the first time the actor will return to lend his voice talents as the character. In 2019, he had a voice cameo in The Rise of Skywalker, while he also voiced the role in three episodes of The Clone Wars, two of which were in Season 3, and one that was in Season 6.

Given the timeline of the Obi-Wan Kenobi event series, as well as what the official Disney Plus recap that plays at the intro of the series premiere features the moment in Revenge of the Sith in which Master Yoda (Frank Oz) told young Kenobi (Ewan McGregor) that Qui-Gon Jinn “has learned the path to immortality,” some have speculated that the series will feature the return of Liam Neeson in the role for the first time in live-action in 22 years. Although no reports have confirmed his possible return, some fans are holding out hope to see him as a Force Ghost.

Here is the synopsis for Obi-Wan Kenobi:

The first two episodes of Obi-Wan Kenobi are on Disney Plus now, with new episodes airing every Wednesday. Meanwhile, Tales of the Jedi is set to stream this Fall. Stay tuned for all the latest news surrounding the Star Wars series, and the future of Liam Neeson as Qui-Gon Jinn, and be sure to subscribe to Heroic Hollywood’s YouTube channel for more original video content.