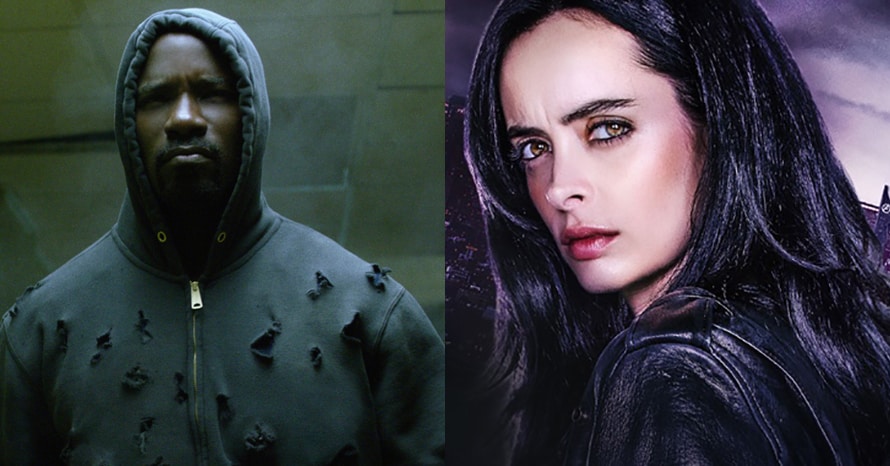 A few years back, Marvel and Netflix teamed up to bring Daredevil, Jessica Jones, Luke Cage, Iron Fist, Defenders and The Punisher to life in their own respective shows. Actors Charlie Cox, Krysten Ritter, Mike Colter, Finn Jones, and Jon Bernthal rounded out some of the primary players in this pocket of the MCU. The deal seemed to go well for quite sometime until the streaming service ultimately cancelled every one of them. Years later, each series would move onto Disney Plus as their new exclusive streaming home.

Recently on her official Instagram story, Krysten Ritter reunited with Mike Colter, which naturally prompted some to believe that this meant that Marvel is working to bring back both Jessica Jones and Luke Cage in some form. Colter also shared the same photo on his Instagram:

With actors such as Charlie Cox and Vincent D’Onofrio reprising their roles as Matt Murdock/Daredevil and Wilson Fisk/Kingpin respectively, some are still holding out hope that more of the former Netflix characters would also be joining in on the fun of the current Marvel Cinematic Universe canon. In regards to what this signifies for both Krysten Ritter and Mike Colter, it all remains to be seen, but it would sure be exciting to see them return after all these years.

Both Ritter and Colter first appeared together in Jessica Jones. Here is the synopsis for the series:

When Jessica (Krysten Ritter) crosses paths with a highly intelligent psychopath, she and Trish (Rachael Taylor) must repair their fractured relationship and team up to take him down. But a devastating loss reveals their conflicting ideas of heroism and sets them on a collision course that will forever change them both.

Jessica Jones, Luke Cage, and Defenders are all available to stream on Disney Plus. Be sure to continue following Heroic Hollywood for all the latest news on the future of these characters in the MCU, and be sure to subscribe to our YouTube channel for more original video content.