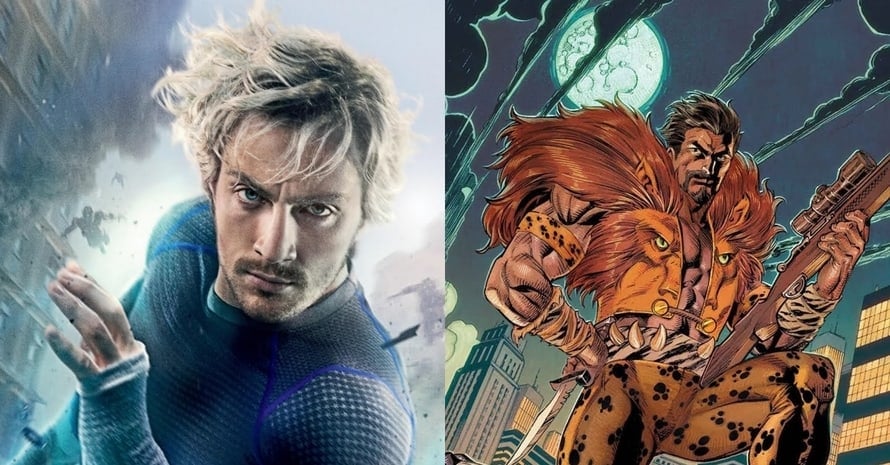 Well, it looks like Sony is actually moving ahead with its Kraven the Hunter spin-off film. Starring Aaron Taylor-Johnson as the eponymous hunter, the film serves as a spin-off for the character best-known as a Spider-Man villain. Johnson’s Kraven will likely get the anti-hero treatment, similar to Tom Hardy’s Venom. The film will be directed by J.C. Chandor and star Johnson, Russell Crowe, Christopher Abbott, and Ariana DeBose.

With production already started in London, audiences are now able to get their first look at the Spider-Man villain. Here’s the catch: Kraven the Hunter’s suit isn’t anywhere in sight, and Aaron Taylor-Johnson has been subbed in for a stunt double. The photos from the London set show Johnson’s stunt double suited up in formal wear, teasing the upcoming Spider-Man villain’s suave side.

In the photos and videos, Aaron Taylor-Johnson’s stunt double can be seen hanging off the side of the car, implying that Kraven was in a chase sequence.

The next Spider-Man villain who is set to get his own film is Morbius. Directed Daniel Espinosa from a script written by Matt Sazama and Burk Sharpless, the film stars Jared Leto as the lead anti-hero, Adria Arjona, Matt Smith, Jared Harris, and Tyrese Gibson. Avi Arad and Matt Tolmach are producing the project with Lucas Foster.

Morbius will hit theaters on April 1, 2022, while Kraven The Hunter is set for a January 13, 2023 release. Stay tuned for all the latest news surrounding the film, and be sure to subscribe to Heroic Hollywood’s YouTube channel for more original video content.