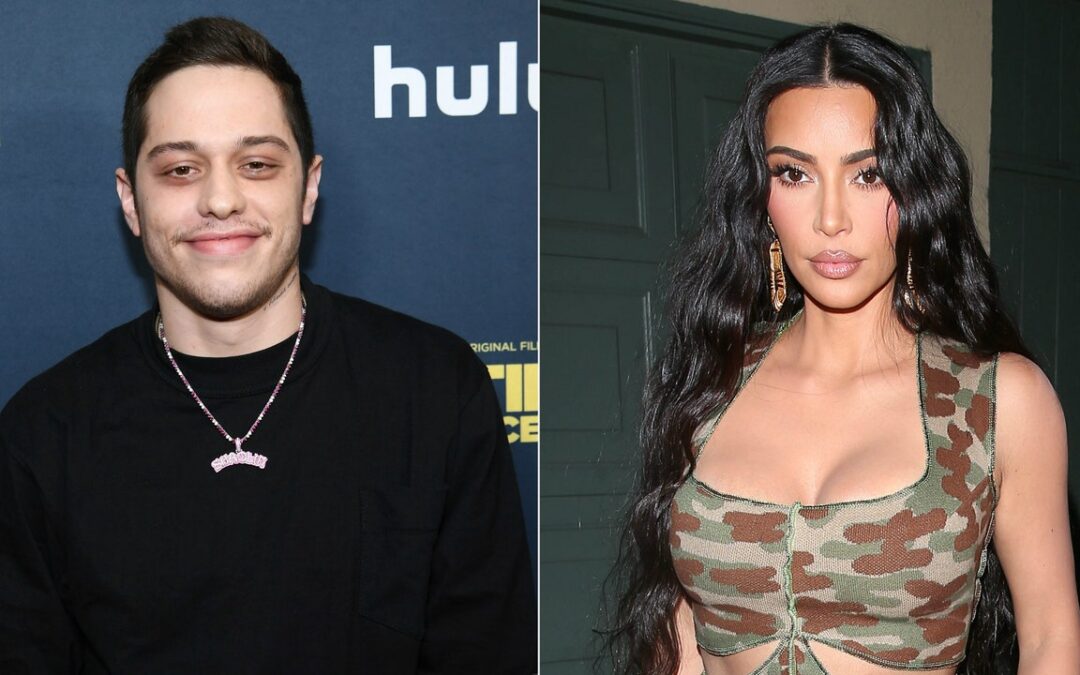 Anyone who has ever so much as glanced at Pete Davidson knows the man has a fondness for tattoos. And despite alleged plans to have all of his ink removed — and even a Smartwater commercial depicting exactly that — Davidson clearly isn’t done getting inked. And if Kim Kardashian going Instagram-official with him a week ago doesn’t convince you they’re serious about each other, then his new body-art tribute to her probably will.

“Yeah, he has a few tattoos — a few cute ones, you know, that he got,” Kardashian tells Ellen DeGeneres in an Ellen preview clip of her visit to the show, suggesting he got more than one piece in her honor. “But the ‘Kim’ one isn’t a tattoo. It’s actually a branding.” Kardashian makes a branding gesture as DeGeneres gives the camera a deadpan stare.

“Because — let me explain it — because he wanted to do something that was really different, ‘cause, like, K, first tattoo he got, I was like, ‘Oh, so cute, thank you, oh my god.’ You know, second, whatever, I’m like, ‘Oh, that’s so cute,’ but, like, that’s what tattoo people do, right? Like, they get tattoos of what’s going on their life,” Kardashian says. She goes on to say, “I just think he was like, ‘I want something that’s there that I can’t, you know, get rid of my tattoos,’ ’cause he’s in the process of getting rid of his arm tats and his neck tats. So he’s like, ‘I don’t want to be able to get rid of it or to cover it up, and I just wanted it there as, like, a scar on me.”

When DeGeneres tries to clarify just how many tattoos Davidson, with whom the reality star and entrepreneur has been romantically linked since October 2021, has gotten for Kardashian, she seems to suggest he has “a little more than” three, the rest of which are actual ink tattoos and not permanent scars. (Or as DeGeneres puts it, “;iterally, like, an iron thing went onto his body.”)

“The other ones are, like, cutesy things. I think my favorite one, it says here” — she points to her collarbone — “it says, ‘My girl is a lawyer,’ and that one’s really cute.”