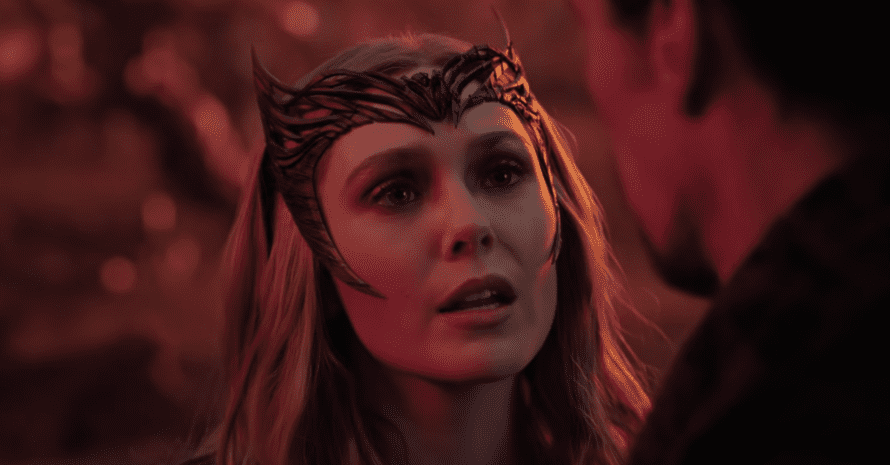 Way back in 2014, Elizabeth Olsen made her first appearance as Scarlet Witch during an after-credits scene in Captain America: The Winter Soldier before making a full appearance in Avengers: Age of Ultron. The character would continue to appear in various Marvel Cinematic Universe projects. Most recently, she appeared in Doctor Strange In The Multiverse of Madness.

In Doctor Strange In The Multiverse of Madness, Elizabeth Olsen’s Scarlet Witch turned out to be the film’s primary antagonist. At the end of the movie, however, she saw the error of her ways, destroying every copy of the MCU’s big evil book, the Darkhold, and apparently died in the process. However, studio president Kevin Feige isn’t ruling out the character’s return.

Anything Can Happen In The Multiverse

While speaking to Variety, Kevin Feige would not definitively say whether or not Elizabeth Olsen’s Scarlet Witch would return but hoped to touch upon more of her core stories from the comics. He furthermore stated that anything could happen because the MCU was now a multiverse:

“There really is so much more to explore. We still haven’t touched on many of her core storylines from the comics. I’d work with Lizzie for another 100 years if we could. Anything’s possible in the multiverse! We’ll have to see.”

Doctor Strange in the Multiverse of Madness is now available to own on 4K Ultra HD Blu-ray, Blu-ray, DVD, and Digital HD, and is also streaming exclusively on Disney+. Stay tuned for all the latest news on the future of the character and be sure to subscribe to Heroic Hollywood’s YouTube channel for more original video content.