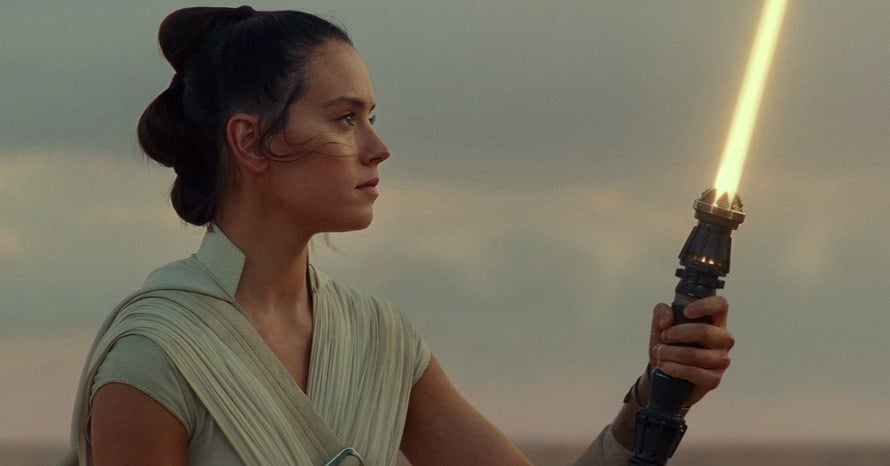 Lucasfilm president Kathleen Kennedy has confirmed that future Star Wars movies will be focusing on the era of the sequel trilogy and beyond.

Since 2019’s Star Wars Episode IX: The Rise of Skywalker, things have quietened down for Star Wars‘ theatrical content. While new series such as The Mandalorian, The Book of Boba Fett, The Bad Batch and Obi-Wan Kenobi have continued to release on Disney Plus, little has been said of Lucasfilm’s plans for future Star Wars movies.

Projects currently in the pipeline include an untitled Star Wars movie directed by Taika Waititi, Patty Jenkins’ Rogue Squadron and a Star Wars trilogy by The Last Jedi director Rian Johnson. However, while attending Star Wars Celebration, which is currently underway in Anaheim, California, Kathleen Kennedy provided some new details on these upcoming projects.

Beyond The Rise Of Skywalker

In an interview with Empire magazine at Star Wars Celebration, Kathleen Kennedy was asked about what the future holds for Star Wars on the big screen. Answering one of the biggest questions fans have had since the upcoming Star Wars movies were announced, Kennedy confirmed that new movies would be pushing the timeline forwards:

“We’re moving further beyond the existing sequels as we look to our movie space … [The sequel era] is what we talk a lot about in terms of where we’re going with our movies, and just how far out from that we’ll go. That’s very much the space we’re concentrating on.”

While The Rise of Skywalker received mixed reactions, failing to impress a lot of Star Wars fans, there is still sure to be much excitement from the announcement that new Star Wars movies will explore what happens after the sequels. With many of the Disney Plus projects currently releasing taking place in between previous movies, there are limits on the impact these series can have on the Star Wars galaxy and on the sorts of stories they can tell. By moving Star Wars into a new era, with no predeterminded future, new movies will be given new freedom.

Here is the synopsis for Obi-Wan Kenobi:

The first two episodes of Obi-Wan Kenobi are on Disney Plus now, with new episodes airing every Wednesday. Stay tuned for all the latest news surrounding the upcoming series and be sure to subscribe to Heroic Hollywood’s YouTube channel for more original video content.