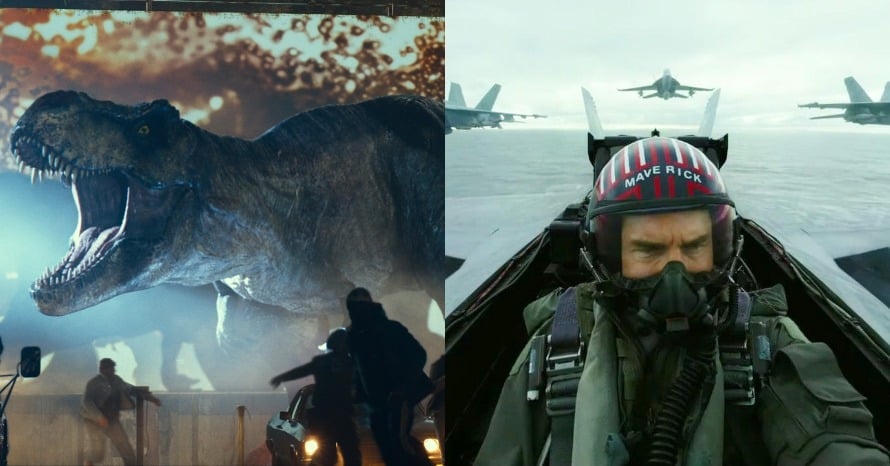 Universal Pictures’ Jurassic World Dominion finally stomped into North American theaters this weekend, and although critics are not responding warmly to the film, audiences are still pouring into the theaters in droves for the newest adventure with Chris Pratt, Bryce Dallas Howard, and the dinosaurs. The film debuted to a $143 million opening weekend, which makes it Universal’s biggest opening weekend since 2018, in which this film’s predecessor, Fallen Kingdom debuted to $150 million.

Fittingly, another legacy sequel in Paramount Pictures’ Top Gun: Maverick fell to the #2 spot in its third weekend, but still garnered an impressive $50 million this time around, bringing its domestic total to $393.3 million to date, putting the Tom Cruise film on track to surpass Doctor Strange in the Multiverse of Madness as the highest-grossing film in North America for 2022 so far.

The box office performances of both Jurassic World 3 and Top Gun: Maverick continue to play into Hollywood’s ongoing trend of releasing legacy sequels. Although the comic book movie genre as seen with the Marvel Cinematic Universe and DC Films has dominated the industry for the last few years, audiences are also flocking to films in classic franchises, perhaps the most notable being Star Wars.

Universal and Paramount are certainly looking towards their own respective intellectual properties, and in the case of the former, it’s safe to say that Jurassic World and Fast & Furious are their two biggest IP’s, while the latter is certainly soaring high after the success of Top Gun: Maverick rounding out a stellar 2022 for the studio after several years of struggling at the box office.

Both Jurassic World Dominion and Top Gun: Maverick are now playing in theaters. Be sure to continue following Heroic Hollywood for all the latest news on these blockbuster films, and subscribe to our YouTube channel for more video content!