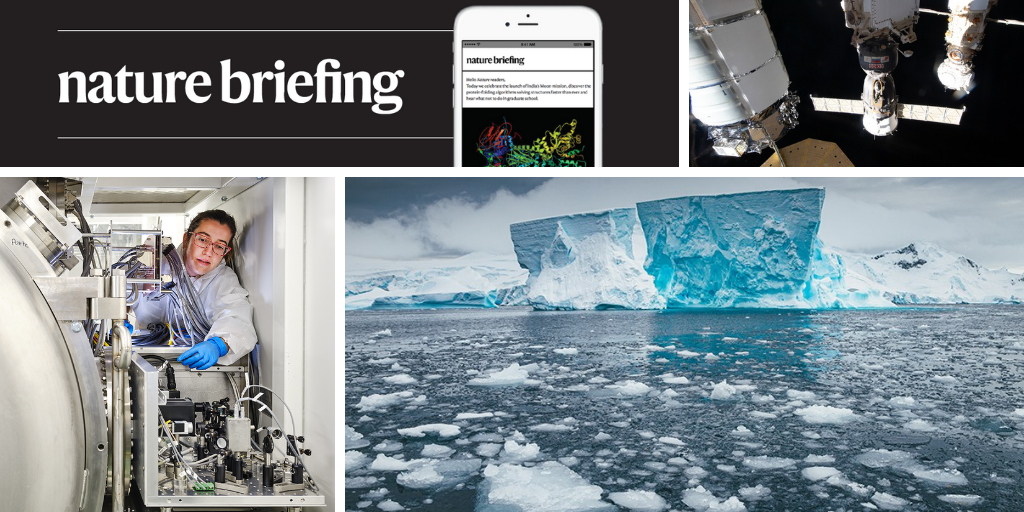 Since people first moved into the International Space Station (ISS) in 2000, it has generally managed to stay out of Earth-bound politics — but Russia’s invasion of Ukraine could change that. “The mood on board is probably similar to here on Planet Earth about this tragic situation,” says John Grunsfeld, a former NASA astronaut. “Keep in mind, the crew does fly over Ukraine and can look down and see the devastation, the fires and the smoke. It must just be very tense.” Challenges are emerging for other space collaborations as Russia and Western nations pull out of joint projects. Many that remain face uncertain futures.

Antarctic sea ice this year shrank to its lowest minimum extent since satellite records began in 1979. The minimum extent of 1.92 million square kilometres, recorded on 25 February, was 190,000 square kilometres less than the previous record in 2017. Researchers say the low was partly caused by strong winds pushing the ice to warmer waters, where it melted. Scientists attribute the extreme to natural variability — but add that, over the long term, climate change will result in declining sea ice there.

Ukrainian scientists and others have called for publishers to stop researchers in Russia from publishing in their journals. Those opposed to a ban — in Russia and elsewhere — say that it would penalize scientists who oppose their government’s actions, and that science can act as a diplomatic channel. Titles including Nature and Science have condemned Russia’s actions in editorials, but few have turned away papers from the country. For its part, Russia has reportedly cancelled requirements for its scientists to publish in international journals indexed in Web of Science or Scopus.

Geneticist C. Thomas Caskey demonstrated the universality of the genetic code, developed one of the earliest applications of DNA fingerprinting in forensic science, was key to the early phases of the Human Genome Project and helped to initiate personalized medicine. He was also a consummate story-teller with an instantly identifiable Southern drawl — and a passionate sailor. “Eminent scientists occasionally found themselves at sea in severe storms, fearing their imminent demise,” writes colleague Jan Witkowski. Caskey has died aged 83.

Open science, done wrong, will compound inequities, argues Tony Ross-Hellauer. Since 2019, he has led ON-MERRIT, a project funded by the European Commission that uses a mixture of computational and qualitative methods to investigate how open science affects the research system. “Many in the movement declare equity as a goal, but reality is not always on track for that,” he writes. “I fear that without more critical thought, open science could become just the extension of privilege.”

Across thousands of kilometres of the western Canadian coast, Indigenous nations are doing the hard work of on-the-ground conservation science. Where central government agencies don’t reach, Indigenous guardians are monitoring wildlife populations, fisheries, oil spills and illegal logging. In a beautifully illustrated feature, guardians from the Kitasoo/Xai’Xais, Heiltsuk and Wuikinuxv First Nations explain how they have led an approach that is spreading across Canada.

Experimental physicist Julia Casanueva works on the European Space Agency’s interferometric gravitational-wave antenna, known as Virgo, located outside Pisa, Italy. “In September 2015, gravitational waves were observed by both Virgo and the Laser Interferometer Gravitational-Wave Observatory (LIGO) in the United States, but this news had to be kept secret until all the measurements had been thoroughly confirmed and replicated,” she says. “It’s always exciting to achieve new milestones, and I hope one day to detect a supernova, or perhaps something we don’t expect: that would be even cooler.” (Nature | 3 min read)