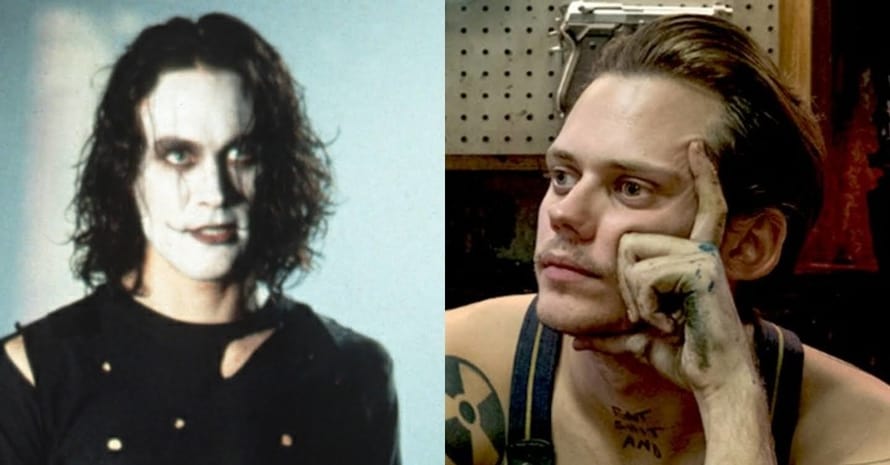 Another crack at The Crow is in the works with It star Bill Skarsgard and director Rupert Sanders.

A reboot of The Crow has been stuck in development hell for years with many directors and stars like Jason Momoa attached. The original film famously starred Brandon Lee, who died during production. The Crow‘s origins hail from the indie comic book world, with the character created by James O’Barr in 1989 for Caliber Comics. Per The Hollywood Reporter, the latest attempt at bringing The Crow back to the big screen will feature It and Eternals star Bill Skarsgard and Ghost in the Shell director Rupert Sanders.

Bill Skarsgard will portray Eric Draven in Rupert Sanders’ The Crow, with King Richard writer Zach Baylin responsible for the planned reboot’s script. While many attempts at The Crow have failed to get off the ground over the years, this iteration of the project is already deep into pre-production and eyeing a June start date. The film’s shoot will take place overseas in Prague and Munich under a budget of around $50 million.

Here is the synopsis for the original film:

Brandon Lee (Rapid Fire) plays Eric Draven, a young rock guitarist who, along with his fiancee, is brutally killed by a ruthless gang of criminals. Exactly one year after his death, Eric returns- watched over by a hypnotic crow, to seek revenge, battling the evil crime lord and his band of thugs, who must answer for their crimes.

Stay tuned for all the latest news on The Crow starring Bills Skarsgard. You can also subscribe to Heroic Hollywood’s YouTube channel for more original video content.