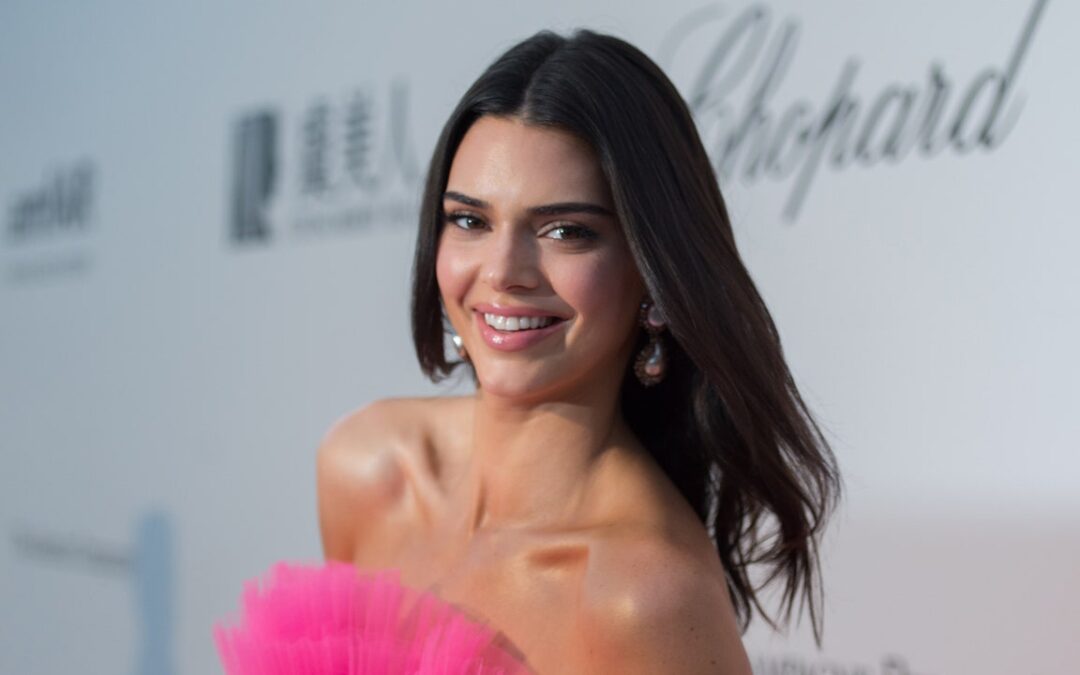 In case you missed it, Kendall Jenner hopped on not one but two different hair trends in February. At the top of the month, she debuted a fresh haircut with curtain bangs, which have been all rage for the last few years. By February’s close, she decided it was time for another drastic change and dyed her hair a ginger hue. About a month later, her natural brunette hair is starting to grow in, creating a cool-looking contrast between her dark roots and copper-colored hair.

Los Angeles-based makeup artist Mary Phillips shared a video of Jenner, showing off the beat she did for the model, which just so happened to give us a full view of her grown-in roots. Jenner’s hair is parted down the middle, cascading in slightly tousled waves past her shoulders. Hairstylist Amanda Lee, who did Jenner’s hair, noted in her Instagram Stories that the waves are actually the reality TV star’s natural hair texture. Lee also parted Jenner’s curtain bangs down the middle and swept them to the side, adding a bit of volume and bounce with lightly-curled ends. Towards the end of Phillips’s clip, you get the best look at Jenner’s dark roots. We’d estimate that there is barely an inch of new growth.

Her lightly-styled hair pairs well with the neutral makeup, which focuses on the cheeks and lips. A dusting of pink blush creates the illusion of a natural flush and her lips are slightly overlined with a swipe of a pink neutral your-lips-but-better hue.

Jenner’s red hair was a fairly drastic change for the star who has mostly been a brunette. We’re not too sure if she plans on dyeing her roots once they grow out more or if she’s thinking about returning to her natural hair color anytime soon. In the meantime, we’re just going to enjoy how good her hair looks at this in-between stage.