If You Have Short Nails, You Need to Follow This Nail Artist — See Photos 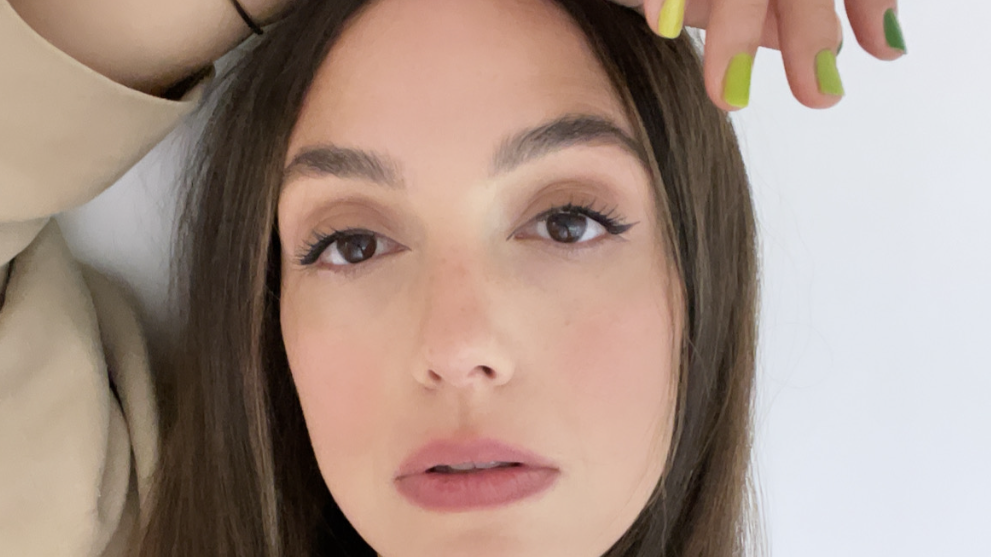 In 2010, when Betina Goldstein was fresh out of college, she began her career working for as a Post Production intern for a little show called Saturday Night Live, in addition to gigs in audience casting for shows such as the Food Network’s Beat Bobby Flay and MTV’s Teen Mom reunions and Hip Hop Squares.

A year later, when working with a production company as a freelance production assistant on a photo shoot, one of her producers asked if she knew how to do nails. Goldstein never would’ve guessed that within the next 11 years, she’d become an ambassador for Chanel, the nail artist of an endless list of celebrity clientele, such as Zoë Kravitz, Julia Garner, Shawn Mendes, Olivia Rodrigo, and Rosalía, and amass a social following of 384,000 (and counting) Instagram followers.

“I became obsessed with teaching myself techniques to achieve greater detail and texture on this tiny canvas attached to my finger,” Goldstein tells Allure. “Nail art not only is my profession, but it has become a way of therapy. Each design I create is a reflection of who I am.”

Growing up in Texas with family from Mexico City, Goldstein has had a wide variety of influences on her nail designs, the biggest of which was museum art. She developed an appreciation of the techniques of Diego Rivera, the Mexican painter who became Frida Kahlo’s husband, the color palette combinations of Josef Albers, the German artist who was the first to get solo shows at the Museum of Modern Art and the Met in New York, and the styles of her grandparents’ house in Mexico City, which was designed by Architect Luis Barragán.

“I believe Barragán’s work is a study of the language of the colors of México,” she says. “Being surrounded by a wide palette definitely shaped my understanding of the interplay between colors and how colors affect emotions, which has impacted my designs greatly.”