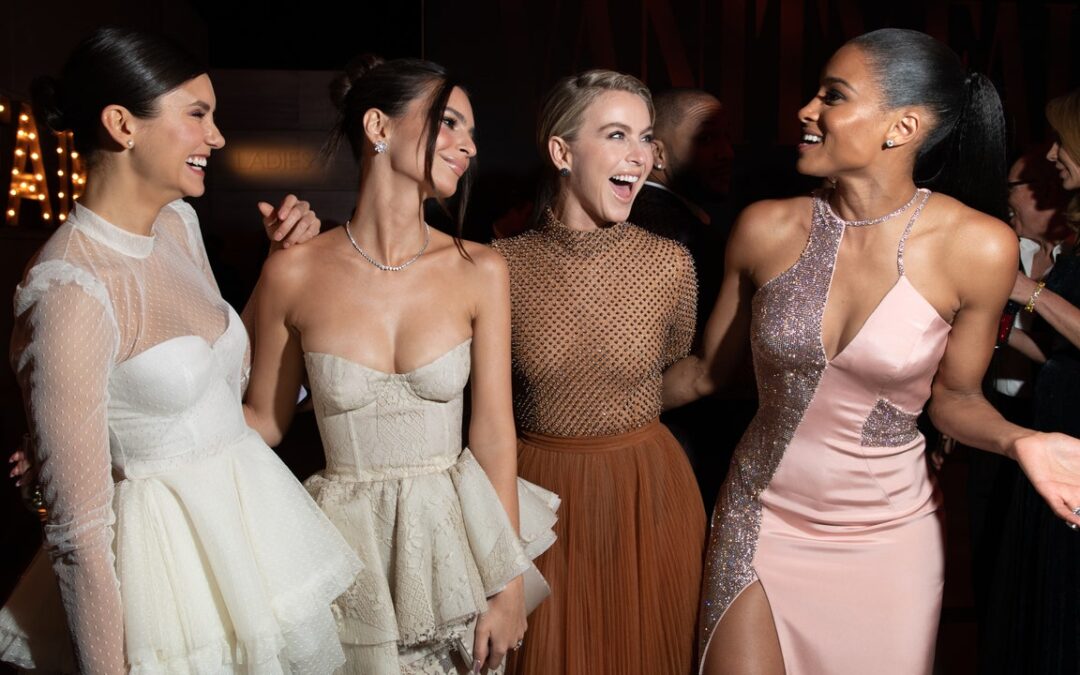 During award-show season, the only thing even remotely as exclusive as the Academy Awards ceremony itself is the famed Vanity Fair Oscar Party. And by “famed,” we mean it’s both well-known and absolutely bedazzled from wall to wall with the most famous faces in entertainment and beyond. For years, most people have had to wait until the next day to see photos of the red-carpet arrivals, celebrity socializing, and stunning winner portraits, but we’re in a new era — one where you’re invited to join in the festivities by live-streaming Vanity Fair’s Oscar Party: Live.

While some stars will be changing into their second designer look of the night, you can comfortably settle in on the couch in your favorite not-so-designer PJs and pull up the party on your laptop, tablet, or phone. It’s easy, it’s fun, and quite frankly, it’s a wee bit voyeuristic. And we’re OK with that.

What Is the Vanity Fair Oscar Party?

Only the most famous afterparty in all of Hollywood for more than a quarter of a century, the V.F. Oscar Party has been where nominees, winners, and generally super-famous people (and their very lucky guests) go after all of the year’s Oscar statues have been bestowed. It’s hosted by editor-in-chief Radhika Jones at the Wallis Annenberg Center for the Performing Arts — the seventh time the party will take place at this Beverly Hills locale.

When Is the V.F. Oscar Party?

As you might expect, the Vanity Fair Oscar Party starts right after the Academy Awards. To be more specific: The red-carpet arrivals — and the livestream coverage — will officially begin at 11 p.m. EST on Sunday, March 27, 2022.

Who Will Be There?

Other than you, in spirit? Although attendance by every nominee and winner is never a guarantee, it is a likelihood. That means you can expect to see stars like Kristen Stewart, Andrew Garfield, Jessica Chastain, Javier Bardem, Nicole Kidman, Penelope Cruz, Will Smith, Kirsten Dunst, Benedict Cumberbatch, Ariana Debose, and Denzel Washington. Plenty of presenters will show up, too — perhaps Tracee Ellis Ross, Shawn Mendes, Daniel Kaluuya, Zoë Kravitz, Mila Kunis, Lady Gaga, and more. And of course, a wide swath of additional A-listers who just feel like getting glam and partying will make appearances, as well.

And, as is traditional, photographer Mark Seliger will have his photo studio set up to take stunning portraits of the guests. (They’ll be rolling out in real-time, so you won’t even have to wait until the next day to see them.)

You’re already in the right place. In addition to the Vanity Fair website and Twitter, you can simply use your computer, tablet, or phone to hang out here (or come back at 11 p.m. EST), and when the guests start arriving, you’ll have a front-row view from the video above.