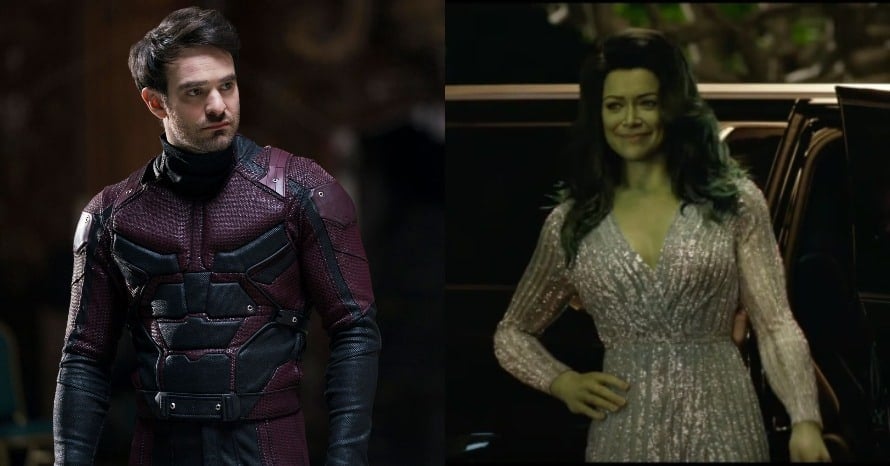 The trailer for She-Hulk: Attorney at Law possibly teased an appearance by Charlie Cox’s Daredevil.

When She-Hulk: Attorney at Law was originally announced, some Marvel fans speculated that given Jennifer Walters’ profession, she would end up crossing paths with one Matt Murdock. The upcoming series, which stars Tatiana Maslany in the titular role, looks to find Jennifer encountering numerous different legal cases that would fit for a superhero, and some are speculating that we may see her share the screen with Daredevil actor Charlie Cox.

In the trailer, we see an appearance from Frog-Man, whose alter ego is known to be Eugene Patilio. While it is likely that the identity of the character shown in the She-Hulk trailer can indeed be that of the original comic book character, some are speculating that the man underneath may in fact be Charlie Cox’s Daredevil in disguise.

As writer Jennifer McDonough from The Direct mentioned, Daredevil #11 from 1965 finds Matt Murdock knocking out Frog-Man, taking his suit and putting it on himself as he heads back home, in which he takes it off and puts on his iconic red suit.

It is likely that the identity of Frog-Man is Eugene Patilio, but then again, the idea of seeing Charlie Cox revealed to be in that suit would certainly be a big viral moment for She-Hulk, especially as a way to hype up the future of Daredevil, whether it’d be through a potential appearance in this series, in the upcoming Echo spinoff, or in his highly-anticipated Disney Plus revival.

She-Hulk: Attorney at Law premieres on Disney Plus on August 17th. Stay tuned for all the latest news surrounding the upcoming Marvel series, as well as the future of Charlie Cox’s Daredevil in the MCU, and be sure to subscribe to Heroic Hollywood’s YouTube channel for more original video content.