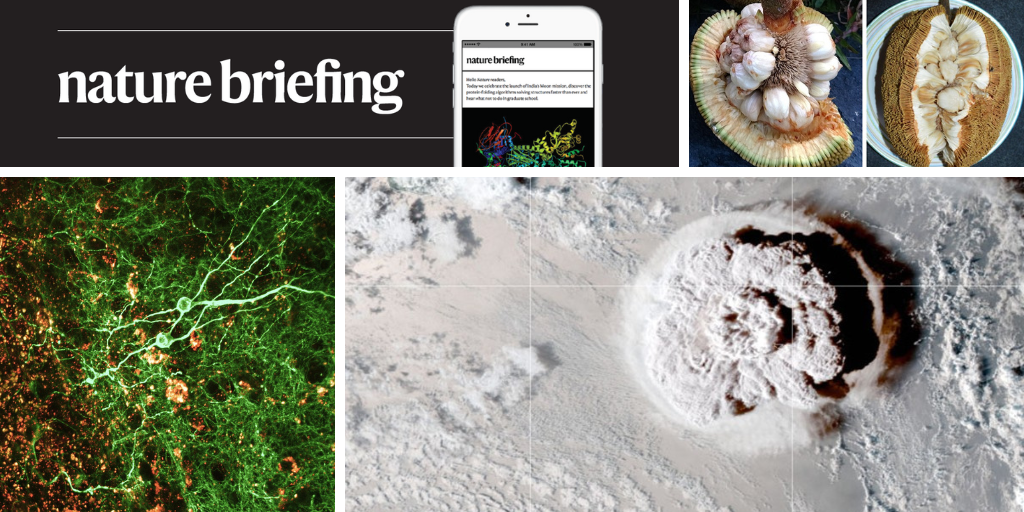 Researchers are starting to piece together why the Hunga Tonga–Hunga Haʻapai eruption on 15 January was so explosive. Evidence gathered by two groups suggests that when the Tongan volcano’s centre collapsed, it spewed an enormous amount of magma that reacted violently with water. “You’ve got 20-degree water and you’ve got 1,110-degree magma coming directly in contact,” says volcanologist Shane Cronin, who co-authored one study about the event. The caldera was just shallow enough that the water pressure did not suppress the blast, but deep enough that the magma was fed huge amounts of water to power the interactions. This resulted in several large blasts and hundreds of much smaller explosions every minute, which eyewitnesses reported hearing as an unusual “crackling and noise like artillery fire”.

Countries including Canada, the United Kingdom and the United States have begun implementing a strategy called ‘ring vaccination’ to try to halt the spread of monkeypox. This involves administering smallpox vaccines — which are thought to be about 85% effective against monkeypox because the viruses are related — to people who have been exposed to monkeypox through close contact with an infected person. There are downsides to the approach: it requires rigorous contact tracing, and the vaccines have had limited testing against monkeypox. It also raises eyebrows among researchers in Africa who have been fighting monkeypox outbreaks for decades without a vaccine stockpile.

A genetic study confirms that a popular fruit tree given the scientific name Artocarpus odoratissimus has been two separate species all along. The evidence supports the knowledge of some of the people who know the plants best: the Iban and Dusun people on the island of Borneo, where the tree was probably domesticated. Iban people call A. odoratissimus trees with large fruit and leaves lumok, and dub trees with smaller, less sweet fruit pingan. Now lumok retains the name A. odoratissimus and pingan has been given the scientific name Artocarpus mutabilis.

In the first Nature Editorial ever to be signed by guest editors, four authors explore the history of racist beliefs in science. Political scientist Melissa Nobles, epidemiologist and science-inclusion leader Chad Womack, geneticist Ambroise Wonkam and environmentalist Elizabeth Wathuti will advise on the production of a series of special issues on racism in science, the first of which is due to be published later this year.

“The journey to recognizing and removing racism will take time, because meaningful change does not happen quickly,” they write. “It will be difficult, because it will require powerful institutions to accept that they need to be accountable to those with less power. It will be rewarding because it will enrich science. It is essential because it is about truth, justice and reconciliation — tenets on which all societies must be founded. As scientists, we know that where there are problems in the historical record, scientific rigour and scientific integrity demand that they be acknowledged, and, if necessary, corrected.”

Scientists sent salamanders soaring in a vertical wind tunnel to learn how they survive jumps from the tops of the world’s tallest trees. Videos show how wandering salamanders (Aneides vagrans) reduce their speed by up to 10% by pumping their tail up and down and spreading their limbs like a skydiver. The salamanders live among the old-growth redwood trees on the west coast of North America.

In the graphic above, the cat does not reach its maximum (terminal) velocity, and the force providing partial weight support is mainly drag acting upwards. The salamander adopts a skydiving posture that generates drag and lift and enables them to control their fall, actively steer with their limbs and tail, and achieve an angle of descent of about 5° from the vertical. By contrast, when the Pacific parrotlet (Forpus coelestis) takes off, lift and drag contribute equally to support its weight, because drag counterbalances the downward wing stroke. Once the bird has taken off by beating its wings, lift, rather than drag, is the main mechanism of weight support. (Nature News & Views | 7 min read, Nature paywall)

Psychologist, machine-learning entrepreneur and pundit Gary Marcus considers the limitations of artificial general intelligence systems, such as those that can generate an image from a text description. (Scientific American | 7 min read, free registration required, at least from where I’m sitting)