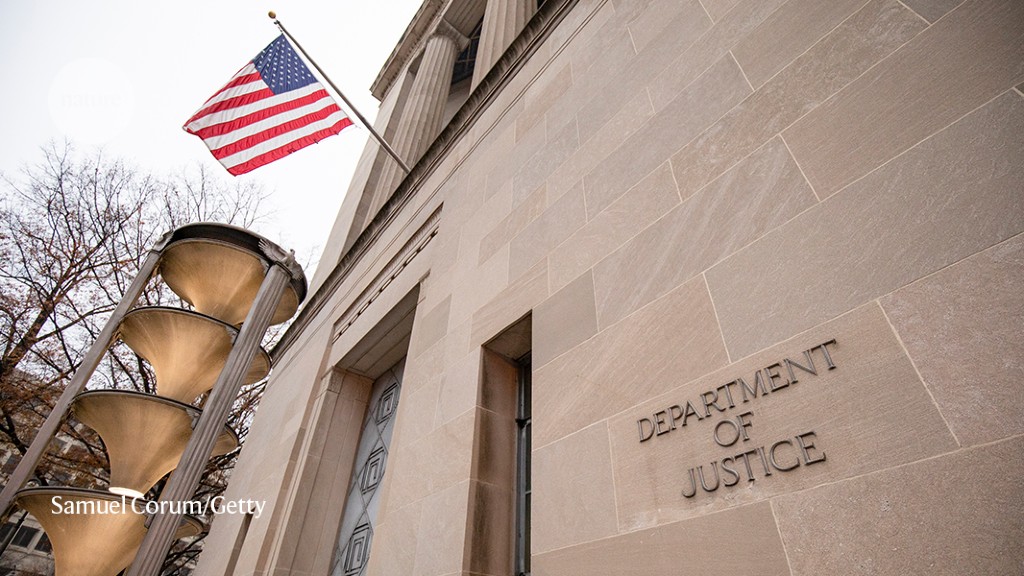 A criminal trial begins this week for chemical engineer Feng “Franklin” Tao, thought to be the first academic researcher arrested under a controversial programme launched by the US government in 2018 to protect US laboratories and businesses from economic espionage. Tao, who is on unpaid leave from the University of Kansas (KU) in Lawrence, is accused of research grant fraud and failing to disclose links to China.

The trial comes just one month after the US government announced the end of this programme, the China Initiative, which was heavily criticized for allegedly being racially biased and for its criminalization of administrative errors on federal research grant applications. Its termination follows a string of high-profile cases, some of which ended in acquittal or in charges being dropped. Legal and academic experts say the trial of Tao, who is of Chinese descent, is a test case for how the US government will treat the civil liberties of researchers with Chinese heritage in a post-initiative era.

“This case will help make clear what things will look like going forward. Will it just be business as usual?” asks Jenny Lee, a social scientist at the University of Arizona in Tucson who studies research collaborations and geopolitics, and who published a survey last year showing that researchers of Chinese descent in the United States fear being surveilled.

On 23 February the US Department of Justice (DoJ) said that it would rename and broaden the China Initiative to include other countries of concern, including Russia and Iran. It said that it would also assess future cases of academic scientists failing to disclose ties to China against a higher standard for criminal prosecution. This means evaluating whether they endanger national or economic security. Cases that don’t meet the stricter criteria will reportedly be dealt with instead through civil or administrative routes, which typically result in lesser penalties. But the DoJ said it would continue on with prosecuting ongoing cases, including Tao’s — a decision that has drawn criticism from the scientific community and civil rights groups.

The case against Tao

In August 2019, Tao was indicted for wire fraud for failing to disclose in a University of Kansas conflict-of-interest form that he was a full-time employee at Fuzhou University (FZU) in China. The US government alleged that Tao was recruited to the university through the Changjiang Scholar programme — an initiative run by the Chinese government to hire scientific talent from abroad. Tao was also indicted for not disclosing links to China while receiving federal funding from the US National Science Foundation and the US Department of Energy, which is forbidden. Before his arrest, Tao was developing and studying nanoparticle-based catalysts that combine molecular building blocks to make useful industrial chemicals.

Tao has denied the charges. His attorneys told Nature they are unable to comment due to the ongoing trial, which is expected to take two weeks.

In legal documents, Tao’s attorneys write that he “never accepted a teaching position at Fuzhou University in China, or anywhere else … [and] he had no obligation to make any disclosure to KU”. His attorneys also write that in the fall of 2018, Tao was teaching chemical engineering thermodynamics at KU to a class of around 90 students three days per week, when the government claims he was working full-time in China.

Court documents show that the government’s case against Tao is largely dependent on information provided by an informant who was an international visiting scholar at KU. In April 2019, the informant tried to extort hundreds of thousands of dollars from Tao because, the informant claimed, Tao had not given her sufficient credit for authorship on a couple of research papers. Court documents also show that the informant blamed Tao after she lost a postdoctoral position at a university in Australia because she thought he had recommended one of his colleagues for the position. The informant threatened to report Tao to KU for academic misconduct and wrote in an e-mail to Tao: “it seems that the term ‘tech spy’ is very popular nowadays”. Court documents also say that on several occasions the informant impersonated three different people to make allegations to KU that Tao was employed at a university in China and possibly involved in espionage.

The university passed the allegations to the FBI. Court documents show that the informant eventually admitted to the FBI that she had lied about some of the evidence she provided to implicate Tao. She also admitted hacking into Tao’s e-mail where she says she found an unsigned employment contract between Tao and FZU. But court documents say the contract’s metadata shows it was created the same day that the informant had emailed it to KU, suggesting it was fake.

In July and August 2019, the FBI obtained warrants to search Tao’s computers and e-mails based on the evidence provided by the informant. The FBI says it found a signed commitment by Tao to work full-time at FZU, as well as an addendum to an unsigned employment contract that was signed by Tao and could have entitled him to the equivalent of millions of US dollars in research funds and lab space at the university, among other benefits.

The government will present this, among other pieces of evidence, to suggest that Tao was a full-time employee at FZU. In an interview with the New Yorker, Tao said he had considered taking a position at FZU, and had visited the area with his family, but decided it was not the right move for them.

Critics say that the actions Tao is being charged for do not threaten US security, and call out the DoJ for trying the case in a criminal court.

It should be treated as a civil case, according to the DoJ’s new criteria, says Frank H. Wu, a legal expert on the China Initiative and president of Queen’s College at City University of New York. “It doesn’t involve allegations of action on behalf of the Chinese government. It’s a gratuitous prosecution after the China Initiative has already ended,” he says.

Nature asked the DoJ why it is continuing to prosecute cases of research integrity and non-disclosure brought during the China Initiative era. Wyn Hornbuckle, a spokesperson for the DoJ told Nature: “As this matter is currently pending trial, the department declines to comment.”

He pointed to comments made by Matthew Olsen, the US assistant attorney-general for national security, to reporters on 23 February that the DoJ would continue prosecuting current cases but that in future it would support approaches such as civil and administrative remedies.

The DoJ should review all pending cases involving research integrity that were brought under the China Initiative, including Tao’s, says Gisela Perez Kusakawa, an assistant director at the Advancing Justice — AAJC, a civil rights group in Washington DC. “Why are these cases continuing even after the end of the China Initiative?” she asks.

In January, the White House announced new guidelines aimed at simplifying and standardizing disclosure requirements for federal research grants. Kusakawa said her organization will follow closely how the guidance is implemented, and hopes researchers will be given the opportunity to correct inaccurate or incomplete disclosures. This will go some way towards making the academic community less vulnerable to simple errors, she said.

“The end of the China Initiative is a crucial step forward,” she says. “But it is not the last step. Cases like Tao’s show us exactly what we need to continue to still do.”