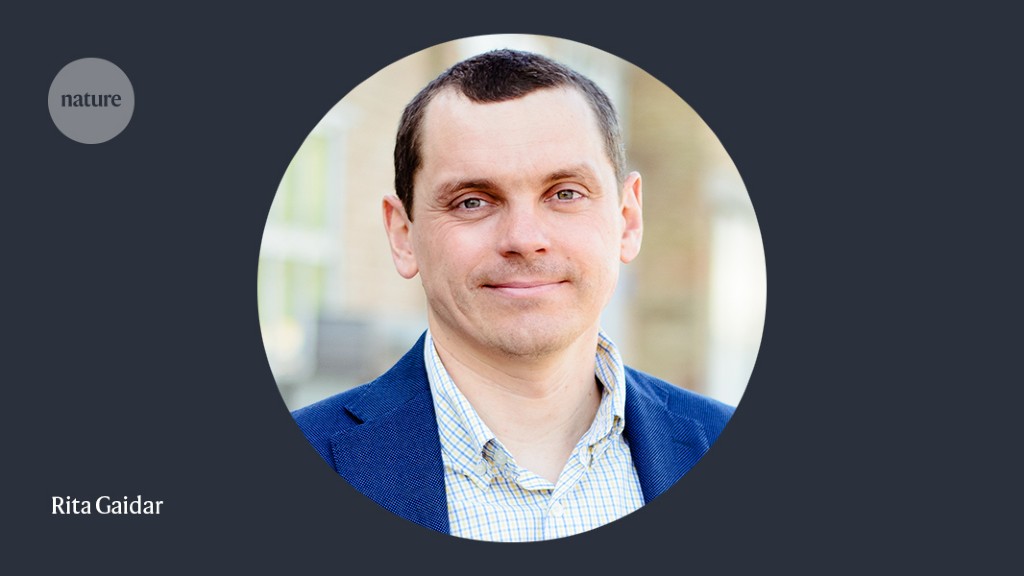 My drive to the office on 24 February, the first day of the Russian invasion of Ukraine, started as normal. I’d visited my parents the evening before and had stayed over. We spent the morning discussing the telegram messages I’d received from a colleague detailing explosions in Brovary, an eastern suburb of Kyiv. The suburb was far enough away for me to risk going into the city.

I left my parents’ house in Kozelets, a town to the north of the city, got into my car and drove the 40 minutes to eastern Kyiv. There wasn’t the usual traffic, but there was some. A queue of people waited for a shuttle bus for their own commutes into the city. I approached the intersection close to a military base that I’d passed hundreds of times before. I hadn’t considered that it would be a target.

When I arrived, I began planning the evacuation of our office.

Three months on, I’m back in the office and Kyiv is back to being relatively safe — at least compared with other parts of my country. I’m a chemist and the executive director of Chemspace, which is headquartered here. We’re a market-place for small molecules and biomolecules, with the largest online catalogue in the world. Pharmaceutical researchers globally use our database to find what they need for their research.

We’re headquartered in Kyiv because many of the world’s chemical companies are also here. Many chemists probably still don’t realize that suppliers such as Life Chemicals, OTAVA and Enamine are all based here. More than 50% of the world’s research chemicals are produced in Ukraine, or at least, they were before the invasion. (Much of the other half is produced in Russia, an artefact of the growth of the chemical industry after the collapse of the Soviet Union.)

I now know from experience that, once war strikes, the first reaction of many is to make sure their family, friends and colleagues are safe. The night of 24 February was spent listening to the sounds of explosions in the middle distance. In the morning, my family and I packed our bags and drove to the western part of the country.

The 5-hour drive took 12, spent in traffic with other Ukrainians, all of us taking part in the same mass exodus. My wife eventually drove our family car — once used to drop my kids off at school — to Apetlon, Austria, where they all are now.

I could not join them, even if I wanted to — the law says no men between the ages of 18 and 60 can leave Ukraine.

Now, on-the-ground fighting is largely restricted to the east, but the conflict has left wreckage. My grandparents’ village was shelled by cluster bombs; one landed on their vegetable patch and squats there in the mud, unexploded, waiting for a defusing team, or for a storm or another bomb to trigger it.

When I returned to Kyiv after spending some weeks in the west of the country, the city was dark. During the pandemic, I knew the apartments were occupied. Now, I know they’re empty.

I write this from my office — and sometimes from our air-raid shelter, a small room on the ground floor, tucked under the stairs with a kettle, tea, a store of bottled water and six chairs arranged around a desk.

Today, our office is getting a little busier, as more of us return to the city. There are normally 7 or 8 of us in the office; we used to have 35 people here. Team meetings are still regularly disrupted by the sirens, and we’ve all become used to the sometimes far, sometimes near, sound of explosions. But we know this is good news — it means that our air defence systems are working as they should. When the sirens start, we unplug our laptops, take our personal documents and plod down the stairs.

Even work travel has resumed. Our business-development team attended Swiss Biotech Day in Basel on 2 May and is planning to attend a few more events in May and June.Sometimes people ask me why I’m working, not fighting. Sometimes I ask myself that, too. We feel it’s important for us to do our part, as providers of crucial materials for scientists, but also as Ukrainian citizens.

Although we’re not fighting, many of us are dying: the United Nations reports that there have been more than 3,500 confirmed civilian deaths because of the war. The International Criminal Court has opened an investigation into war crimes and crimes against humanity committed here.

As long as our business continues to function, we can continue to pay our staff and our taxes, which support this country’s military. Even as the war continues, Ukraine must keep working as a country if there is any hope of an end.

Today, I sent my wife and children a care package: clothes, shoes and swimming goggles for the summer. Ivan’s goggles are red; Maria’s are yellow. They left their country huddled in winter clothes.

I didn’t often drive my kids to school before the invasion, but I hope we’ll all be in the family car, on the way to school in Kyiv, come September.