Hayley Atwell Eager To Return To The MCU As Captain Carter 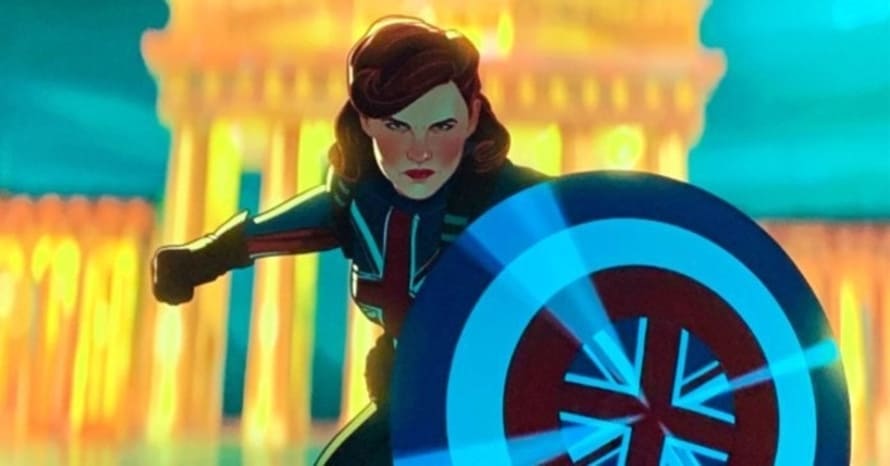 Hayley Atwell, who last appeared in the MCU in Doctor Strange in the Multiverse of Madness, has said she would be eager to return to the role of Captain Carter.

Hayley Atwell first joined the MCU in 2011’s Captain America: The First Avenger, where she played Peggy Carter, the love interest to Chris Evans’ Steve Rogers. Atwell would then go on to star in the MCU tie-in TV series, Agent Carter, which saw her character working for the SSR alongside Howard Stark’s butler, Edwin Jarvis.

Last year’s What If…? introduced an alternate universe’s version of Peggy Carter, one who was injected with the super soldier serum in Steve Rogers’ place, being transformed into Captain Carter. A version of Captain Carter (though it is unclear if it was the same one) then featured on Earth-838 in Doctor Strange in the Multiverse of Madness, meeting her demise at the hands of the Scarlet Witch.

There has been a hugely positive fan response to the introduction of Captain Carter, leading to calls for more appearances from the character. While speaking at this year’s Awesome Con this past weekend, Hayley Atwell responded to a question about whether she would return to the role of Captain Carter. The actress expressed an eagerness to make another appearance, saying:

“Well… I haven’t got news for you. But I share your enthusiasm. And I would love to if Marvel did find a home for her; that’s a home that feels worthy of her in terms of her evolution as a character and development as a character.”

Atwell went on to discuss how she would want to see Peggy Carter take center-stage more in any future appearances, giving her the room to develop further as a character who – thanks to the multiverse – has already come a long way, from Captain America’s love interest to an independent super soldier in her own right:

“But there is one thing that she deserves, which is agency in the world, and that can’t come until certain people in positions of power, namely the men, cede her power and offer her that platform. And so, I’d like her to have that opportunity because then I feel like I have something much more interesting to offer you guys.”

While the Captain Carter of Earth-838 did not survive the events of Doctor Strange in the Multiverse of Madness, there are likely still other Captain Carters to be explored across the multiverse. Alternatively, Marvel may decide to explore the time between Captain Carter’s origin and her death on Earth-838.

Here is the synopsis for the most recent Marvel movie to feature Hayley Atwell’s Captain Carter, Doctor Strange in the Multiverse of Madness:

The sequel is in theaters now. Stay tuned for all the latest news surrounding Hayley Atwell’s future in the MCU, and be sure to subscribe to Heroic Hollywood’s YouTube channel for more original video content.