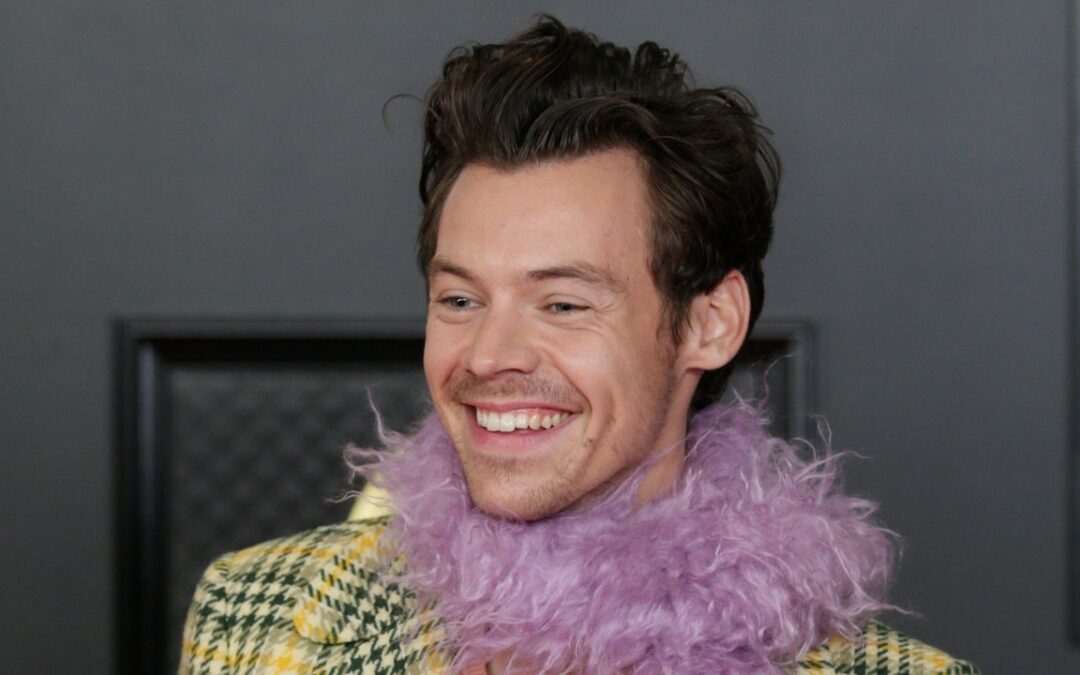 To the delight of his millions of fans, Harry Styles is releasing his next album, titled Harry’s House, on May 20. He announced the exciting news with a photo and a 40-second trailer on social media, and unsurprisingly, his followers went wild in the comments, expressing their glee that he was finally releasing new music (his last album, Fine Line, was released in 2019). In the album artwork, the British singer is seen wearing an airy white baby doll shirt and denim bell-bottoms with disheveled hair that is just making our hearts melt.

If you glance too quickly at the photo, you may not notice that the entire room is upside down except for Styles, who is standing on the ceiling, or perhaps hanging upside down, depending on how you look at it. He’s staring at the floor with a contemplative gaze, which gives us a good look at the beautiful mess of curls on his head. Some of the hair in the front falls over his forehead and eyebrows while the rest sticks out randomly on his head.