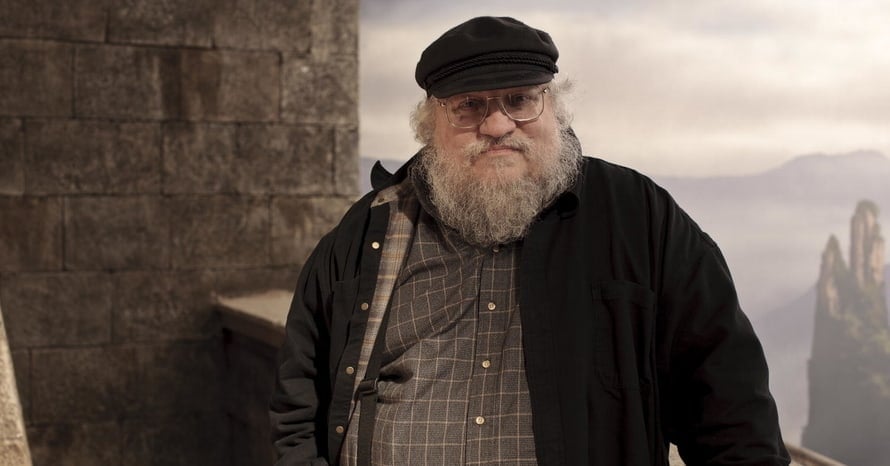 A Song of Ice and Fire creator George RR Martin has provided an update on the various books he is working on and the various spinoff shows in development.

George RR Martin was made famous for writing the books that the Game Of Thrones television show was based on. He has also become infamous for not writing new installments for A Song of Ice and Fire. For reasons that aren’t entirely clear beyond the writer having a lot on his plate, new installments of the franchise have run across frequent delays. The constant delays on his upcoming book, The Winds of Winter, have led many to believe that, given his age, he will die before the book comes out. But, as the man has said, he has a lot on his plate.

In a recent entry on this site, George RR Martin.com, the writer laid out exactly what was going on in his career at the moment. Specifically, he noted that The Winds of Winter was still being worked on and that he was and that he was still working on various other books in the franchise as well:

“Yes, of course I am still working on THE WINDS OF WINTER. I have stated that a hundred times in a hundred venues, having to restate it endlessly is just wearisome. I made a lot of progress on WINDS in 2020, and less in 2021… but “less” is not “none.”

The world of Westeros, the world of A SONG OF ICE & FIRE, is my number one priority, and will remain so until the story is told. But Westeros has become bigger than THE WINDS OF WINTER, or even A SONG OF ICE & FIRE. In addition to WINDS, I also need to deliver the second volume of Archmaester Gyldayn’s history, FIRE & BLOOD. (Thinking of calling that one BLOOD & FIRE, rather than just F&B, Vol 2). Got a couple hundred pages of that one written, but there’s still a long way to go. I need to write more of the Dunk & Egg novellas, tell the rest of their stories, especially since there’s a television series about them in development. There’s a lavish coffee table book coming later this year, an illustrated, condensed version of FIRE & BLOOD done with Elio Garcia and Linda Antonsson (my partners on THE WORLD OF ICE AND FIRE), and my Fevre River art director, Raya Golden. And another book after that, a Who’s Who in Westeros. And that’s just the books.”

George RR Martin then broke down what he knew about the various Game of Thrones spinoff shows, noting that he was deeply involved in their development, loved what he had seen of House of the Dragon, and gave away a few details on other series that were currently in development:

“So far, I am very excited. HOUSE OF THE DRAGON has wrapped in London and is now in post-production. What I have seen, I have loved. I am eager to see more. I am excited about the other successor shows as well, however. I am dying to tell you all about them, but I am not supposed to, so…

Well, maybe there a few things I can tell you. Things that HBO has previously announced, or hinted at, or…

We are developing live action shows for HBO, and animated shows for HBO Max. No, can’t tell you how many. But it is my hope that a number of these shows will get on the air. Not all, no, it is never all, but more than one. I certainly hope so. Some of the ideas we are working on are quite different in tone and approach than what has gone before, and that thrills me. The world of Westeros (and Essos, etc) is huge, and there is room in it for many types of stories, about a wide range of characters.

What can I tell you? Well, let’s see. Bruno Heller, the creator and showrunner of ROME, is writing his pilot script for the Corlys Velaryon series. That one started out as NINE VOYAGES, but now we’re calling it THE SEA SNAKE, since we wanted to avoid having two shows with numbers in the title. The other one TEN THOUSAND SHIPS, the Nymeria series. Amanda Segel, our showrunner, has delivered a couple drafts of that one, and we are forging ahead. The third of the live action shows is the Dunk & Egg series, helmed by Steve Conrad. My team and I have had some great sessions with Steve and his team, and we really hit it off. He’s determined to do a faithful adaptation of the stories, which is exactly what I want; these characters and stories are very precious to me. The first season will be an adaptation of the first novella, “The Hedge Knight.” Contrary to what you may have read on line, the show will not be called DUNK & EGG, which could be mistaken for a sitcom by viewers unfamiliar with the stories. We’re leaning toward A KNIGHT OF THE SEVEN KINGDOMS for the series title, though THE HEDGE KNIGHT has its partisans as well.”

Here is the synopsis for the first of the various prequel series, House of the Dragon:

Based on George R.R. Martin’s book Fire & Blood, the series will tell the story of House Targaryen (a.k.a. the House that gave us the Mother of Dragons herself, Daenerys Targaryen) and take place 300 years before the events of Game of Thrones.

House Of The Dragon is set to premiere in 2022. Stay tuned for all the latest news on the Game of Thrones franchise and George RR Martin’s work on the books and be sure to subscribe to Heroic Hollywood’s YouTube channel for more original video content.