Gender equality will enhance research around the world 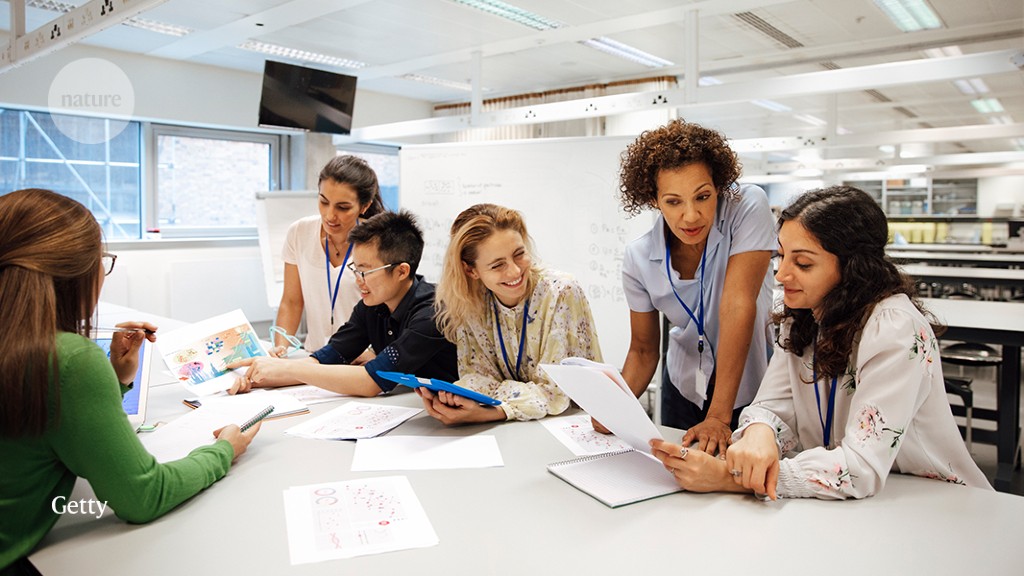 Last week, a group of inspiring scientists from all over the world met for a two-day online conference. The event, Breaking Barriers for Gender Equity Through Research, was organized and hosted by editors from across Springer Nature.

Delegates heard from women in disciplines such as mathematics and physics, in which the under-representation of women is particularly acute. There were discussions about gender equity in sustainable development, and how women’s lives are affected by crises such as wars, climate change and the current pandemic. There were conversations about mentorship, including the mentoring of men by women; about men championing women; and about the importance of teaching and learning listening skills.

The COVID-19 pandemic has been particularly hard on female researchers. Even before SARS-CoV-2 emerged, women, on average, published less than men, and faced additional and potentially long-lasting career setbacks. Last week’s event, which coincided with this year’s International Women’s Day, with its theme of ‘break the bias’, was an opportunity to do something different: to reflect on the events of the past two years and to showcase ongoing efforts to advance gender equality in research and education, especially in low- and middle-income countries (LMICs) in Africa, Asia and the Middle East.

Biases can build up

What speakers called compounded discrimination — also known as intersectionality — was a recurring theme. Someone experiencing discrimination on the basis of their gender might face further discrimination if they belong to an under-represented group or minority community. In many countries, for example, women face entrenched social biases about what they can and can’t do, because of their gender — but if they are from a family or community in which incomes are low, they probably also have less access to finance, fewer opportunities for education and less chance of getting a skilled job.

Intersectionality isn’t widely recognized in public policy in many countries, and this might be hindering the United Nations’ Sustainable Development Goals (SDGs), which are designed to end poverty and protect the environment. Goal 5 is dedicated to achieving gender equality and empowering all women and girls. Only recently has there been widespread acceptance that achieving gender equality will help to achieve the other SDGs. Among them are the goals to end hunger, boost employment and achieve universal education. This underscores a need to accelerate a shift from addressing gender equality on its own to tackling it alongside other causes of inequality.

Addressing diversity in a range of contexts benefits everyone in tangible ways, and scientists’ perspectives can help to address complex, real-world problems. For example, a better understanding of sex-based differences in immunity is helping to advance cancer immunotherapies (Y. Ye et al. Nature Commun. 11, 1779; 2020). And including data on gender in climate models provides a better understanding of different people’s vulnerability to climate risks. Moreover, the safety of products and medical procedures can be compromised when differences between women and men aren’t taken into account. In communities around the world, gender equality brings with it more resilient economies, reduced child mortality and better nutrition.

The SDGs are designed to drive change in the longer term, but people who face discrimination need action now, and several initiatives are making progress on this front in research. The European Union’s science funding programmes are embedding requirements on sex and gender equality into the grant application stage — and such rules have a ripple effect. If researchers elsewhere want to partner with European institutions, for example, they need to press their institutions to put a gender equality plan in place.

Many research institutions are also actively working to improve gender equality. One conference speaker, Segenet Kelemu, the director-general of the International Centre of Insect Physiology and Ecology, based in Nairobi, described a project to train 100,000 young people in Ethiopia — more than half of whom are women — in the science and business of bee-keeping and silkworm farming.

Similarly, international development agencies have been funding research on how public transport in LMICs can be made safer and more accessible to women (see go.nature.com/3khoeda).

The results of these projects are clearly crucial to the communities involved, but they are not always widely shared. This needs to change so that others can benefit from the knowledge, and use it or build on it in their own local contexts. Institutions and funding bodies could make a big difference by considering how local projects might be scaled up, providing a more meaningful impact.

The need to achieve gender equality across various spheres of society, including research, is more than a response to pressure brought to bear by equality targets or to the equality setbacks caused by the pandemic. It’s an acknowledgement that being inclusive pays off across the board. Employees at gender-diverse institutions tend to be more satisfied and less likely to leave, and demonstrate better productivity, innovation and decision-making. So, if the global research community wants to have maximum impact, women must be at the table.