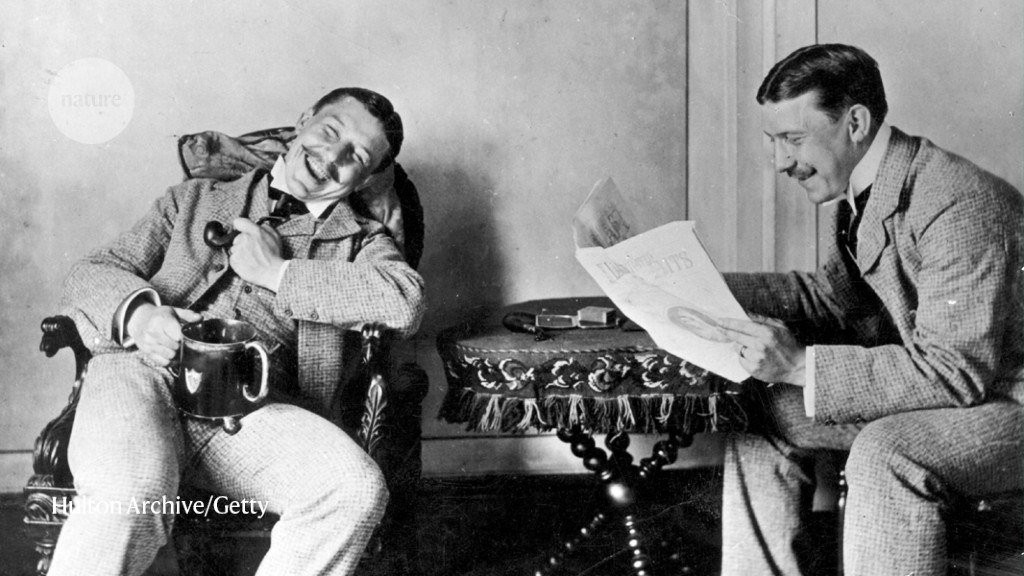 Including a joke in the title of a scholarly paper could pay off in terms of citations, according to a study. The finding — which was posted as a preprint on bioRxiv1 and has not been peer reviewed — suggests that researchers could gain citations by giving their papers more amusing titles. But some say the evidence is too weak to support that conclusion.

Jokes sometimes find their way into academic papers. “One place where we often see humour is in titles, but there’s a very small amount of literature about whether this is a good idea,” says lead author Stephen Heard, an evolutionary ecologist at the University of New Brunswick in Fredericton, Canada.

To investigate whether having a funny title could boost a paper’s readership and citations, Heard and his colleagues asked volunteers to score the titles of 2,439 papers published in 2000 and 2001 in 9 ecology and evolution journals according to how amusing they were. The scorers assessed humour on a seven-point scale, from zero (for ‘completely serious’ titles) to six (‘extremely funny’). The researchers then looked for a link between papers’ humour scores and the number of citations they had received, including self-citations by their own authors.

Papers with funny titles were cited slightly less often than their more serious counterparts. However, papers with more amusing titles also tended to have fewer self-citations, which led Heard’s team to speculate that scientists might give funnier titles to less important papers. “Our assumption is that authors who don’t cite their own papers subsequently are pretty much revealing that they don’t think that those are their most important papers,” Heard says.

After controlling for self-citations as a measure of a paper’s importance, the researchers found that articles with funny titles are in fact cited more than those with serious titles (see ‘Amusing articles’). For example, papers with titles that got a humour score of six had nearly twice as many citations on average as those whose titles got a humour score of four.

Some researchers question the study’s conclusions, pointing out that self-citations might not be a good proxy for a paper’s importance. Self-referencing might help authors to boost the impact of papers that would otherwise garner only a few citations, says Michael Schreiber, a theoretical physicist who also researches bibliometrics at Chemnitz University of Technology in Germany. “That would mean that unimportant papers get more self-citations,” he says.

There are many reasons for authors to cite their own work, says Stefanie Haustein, who studies scholarly communication and bibliometrics at the University of Ottawa. Often, they cite all of their own work on a particular topic, she adds, not just the most important papers. And because funders and universities typically use citations to measure impact, scientists might also reference their own work to increase their citation rate.

Asking a group of assessors to rate the relevance of a scholarly article would be a better way to estimate its importance, says Vincent Traag, a computational social scientist at Leiden University in the Netherlands.

Haustein adds that a good way to measure whether funny paper titles attract more readers is to look at usage indicators such as paper views and downloads. Haustein’s work2 has shown that funny articles are widely shared on social media, but found little correlation between the attention that papers receive on Twitter and their citation counts. Having an amusing title might not influence whether a paper gets cited, “but it’s interesting to look at how researchers, or even the public, interact with scientific writing”, Haustein says. “I find the idea of [Heard’s] study really great.”