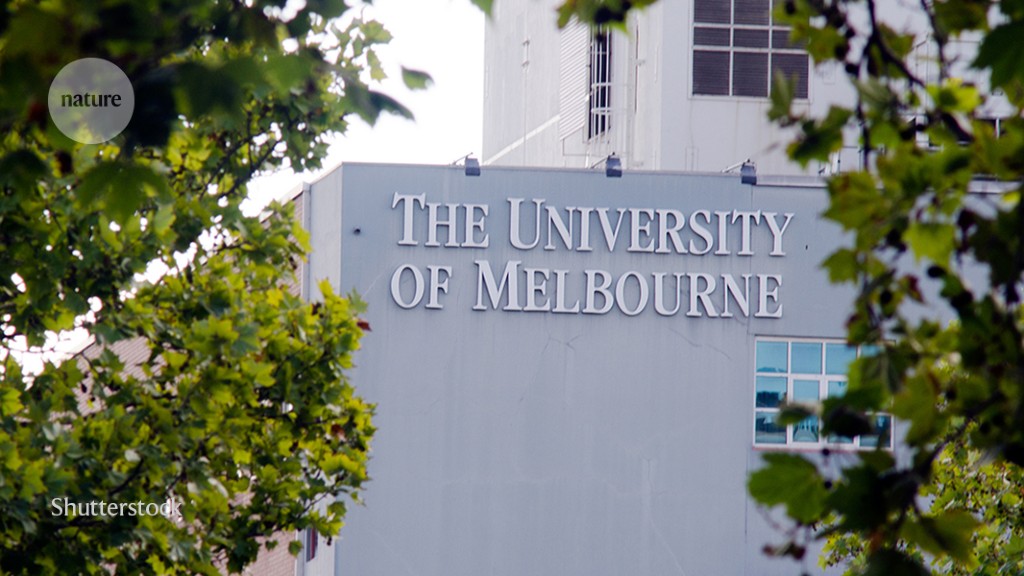 Australian researchers have largely applauded a decision by a powerful research funder to bar academics at the University of Melbourne from winning the foundation’s prestigious million-dollar fellowships over concerns about gender and diversity.

The decision, announced by the Snow Medical Research Foundation on 7 March, comes after the University of Melbourne released a picture of six white men — but no women or people of colour — receiving honorary degrees, one of the university’s highest accolades, in a ceremony on 28 February. Researchers told Nature that the hard line from the foundation — Snow medical is Australia’s largest philanthropic funder of medical research — could prompt universities to tackle gender inequality more aggressively.

“The conversations around gender equity have been going on for so long, it’s exciting that someone’s gone that extra step,” says Billie Bonevski, a health-behaviour scientist at Flinder’s University in Adelaide. “For a lot of people in academia, this is viewed as ‘finally — a shock to the system’.”

The threat of having funding pulled explicitly because of gender and diversity concerns might make other universities “stop and do a quick reflection on whether they are enacting their policies quick enough”, says Nicola Smith, a molecular pharmacologist at the University of New South Wales in Sydney.

Many of the researchers Nature spoke with said that Snow Medical’s response is a reflection of a broader reckoning concerning women’s rights that is sweeping through Australia. In the past year, thousands of people have taken to the streets to protest against the government’s response to a sexual assault that took place inside the parliament building in Canberra. And in academia, a breakdown of government spending last year revealed that men continue to receive the lion’s share of medical-research funding in Australia, despite equal numbers of men and women applying for grants.

It was amid this political climate that the University of Melbourne hosted the honorary degree ceremony at which the picture was taken — one of its first in-person events since the start of the pandemic. James McCluskey, deputy vice-chancellor of research at the university, says that other people, including three women and an Indigenous man, were scheduled to receive honorary awards that day but weren’t able to make it.

What remained were the six white men, and “rather stupidly, someone took a photo and posted it, thinking it was something to celebrate”, says McCluskey. “It backfired very badly.”

When Tom Snow, who chairs Snow Medical, saw the photo, and realized that everyone was white and male, his heart sank, he says.

Snow Medical, founded only in 2019, funnels most of its funding through its fellowships, which are awarded to three early- to mid-career researchers a year. Each fellow receives Aus$1 million (US$720,000) annually for eight years.

The University of Melbourne is home to two of the nine current fellows, meaning that Snow Medical pours millions of dollars into its research every year. After seeing the photo, Snow contacted the university to discuss the issue with senior leadership.

McCluskey says that the university’s provost and the co-vice-chancellor met Snow to explain the circumstances surrounding the picture, and to outline the institution’s diversity and inclusion initiatives. McCluskey was not at the meeting. A few days later in a press release, Snow Medical announced that Melbourne’s explanation had been “unsatisfactory” and that the foundation would not be considering fellowship applications from the university until it had “demonstrated better outcomes”.

McCluskey says the idea that the university is not committed to addressing gender and diversity inequality is “unfair”, and that Snow’s “litmus test of the university’s commitment to diversity and inclusion is based on that one photograph”. He adds that since 2017, women have received 35% of honorary doctorates at the university.

Some researchers have pointed out that Snow’s decision — which will be in place for at least a year — might disadvantage the people whom the fellowship is meant to help. “The individuals affected by Snow Medical’s decision are mid-career researchers, rather than the senior leadership who are making decisions around issues such as honorary doctorates,” says Jennifer Juno, an immunologist at the University of Melbourne.

Snow acknowledges that other actions — such as allowing only women or people of colour at the university to apply for the fellowships — might also have been effective. He hopes that “this short-term issue will give overwhelming long-term results for women across Australia and, potentially, around the world”. Already, he’s received e-mails from vice-chancellors and heads of medical research institutions stating his decision was a “wake up call” to do more with their gender equity initiatives.

The University of Melbourne says that it will review its policies, particularly regarding honorary degrees, in light of recent events. For the most part, however, scientists are waiting to see whether the burst of interest translates into effective action.