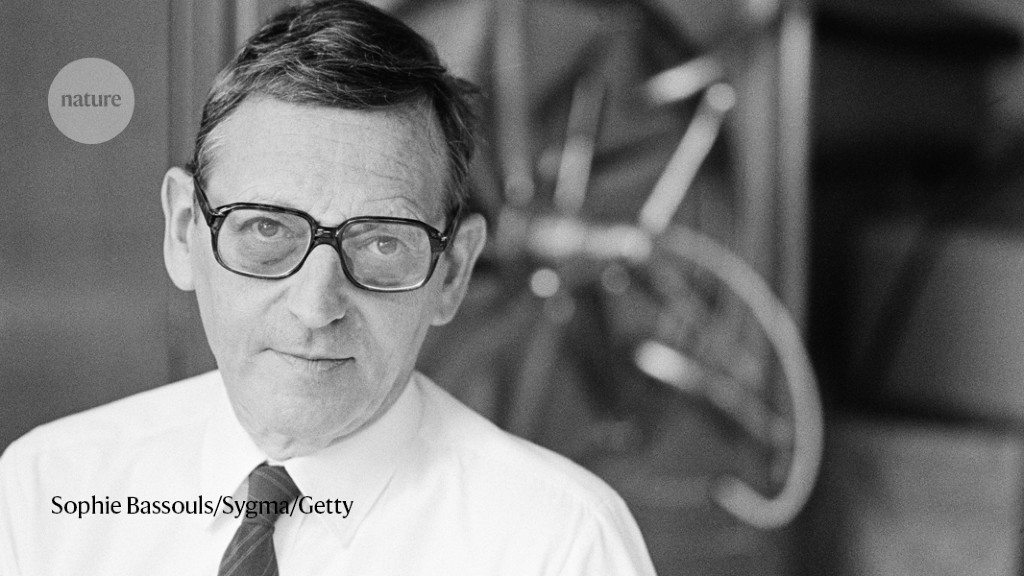 The French molecular biologist François Gros was one of the illustrious band of researchers in Europe and the United States in the mid-twentieth century who worked out how DNA in the cell nucleus directs the production of enzymes and other proteins in the cytoplasm. In 1960, seconded to James Watson’s laboratory at Harvard University in Cambridge, Massachusetts, he isolated an unstable RNA intermediate that was crucial to the production of bacterial enzymes. The first to name this intermediate ‘messenger RNA’ (mRNA) were Gros’s colleagues at the Pasteur Institute in Paris: François Jacob and Jacques Monod. They also showed that messenger RNA provides a template for constructing protein sequences. The mRNA vaccines that have played a key part in controlling the coronavirus epidemic are a by-product of the leap in understanding that followed this discovery. Gros, who has died aged 96, spent the rest of his research career directing lab studies of the regulation of protein synthesis.

A deep-seated sense of duty led Gros to accept a heavy administrative burden, too. As ‘eminence grise’ to a president and two prime ministers, he positioned France as a leading player in molecular biology and the life-sciences. (Monod and Jacob, meanwhile, shared a Nobel prize in 1965 “for their discoveries concerning genetic control of enzyme and virus synthesis”.)

Gros was born in Paris. As a Jew in occupied France, he began his scientific education under false papers at the University of Toulouse, studying botany. After the country was liberated in 1944, he returned to Paris and studied chemistry and physiology at the Sorbonne, part of what was then the University of Paris. Determined to become a researcher, he knocked on the door of every lab head at the Pasteur Institute until one of them gave him a job as an assistant.

He gained skills in cell biology while studying the effects on bacteria of the newly characterized antibiotic penicillin for his PhD. When his supervisor died suddenly, Gros went to work with Monod on enzyme induction in bacteria. Francis Crick published his ‘central dogma’ of molecular biology (often stated as ‘DNA makes RNA makes protein’) in 1958. Monod and Jacob had discussed with Crick and Sydney Brenner in Cambridge, UK, the idea that a ‘molecule X’, probably made of RNA, must exist. In 1960, Monod dispatched Gros to Harvard, while Brenner and Jacob went to the California Institute of Technology in Pasadena to work with Matthew Meselson. The two teams discovered the elusive messenger by different routes almost simultaneously. By agreement, their papers (with nine authors between them) were published in the same issue of Nature (S. Brenner et al. Nature 190, 576–581 (1961); F. Gros et al. Nature 190, 581–585; 1961).

In 1962, Gros set up his own lab at the Sorbonne. Monod became director of the Pasteur Institute in 1971, but chose not to occupy the accompanying suite of labs. Gros moved back, took over the labs and switched focus from bacteria to mammalian cells. He filled the space with a team of young researchers who cultured muscle precursor cells (myoblasts), and studied the genetic control of their differentiation, and their production of proteins such as actin and myosin.

Although always willing to listen and advise, Gros was by this time very busy. His former postdoc and long-time collaborator Robert Whalen recalls that he and other project leaders had a much freer hand than did colleagues in more hierarchical labs. “All we had to do was think up experiments and do them — we had lots of resources and no excuse for not doing good work,” says Whalen. Highlights included the discovery of different types of actin and myosin, and research into the expression, structure and regulation of muscle genes.

In the year that he returned to the Pasteur, Gros accepted the chair in biochemistry at the College of France in Paris, a post he held for 23 years. There he ran another research group. In 1976, he became director of the Pasteur Institute after Monod’s death at the age of 66.

In 1978, the president, Valéry Giscard-d’Estaing, commissioned Gros and two others (Jacob and Pierre Royer) to write Life Sciences and Society. The report raised awareness in France of the benefits of biomedical research and of its ethical ramifications. Gros’s role as adviser to France’s next president, François Mitterand, and to the prime ministers Pierre Mauroy and Laurent Fabius in the mid-1980s saw him caught up in the affaire du sang contaminé. This was the failure of the French authorities to protect the supply of blood products before thousands of people with haemophilia were infected with HIV; Gros was implicated in the scandal, but the case against him was dismissed.

Gros was chief scientific adviser to what was then a small parent-led charity, the French Muscular Dystrophy Association. In 1987, the first of a series of telethons made it one of the wealthiest medical research charities in France. Gros introduced its president, Bernard Barataud, to the geneticist Daniel Cohen, co-founder of the Human Polymorphism Study Center in Paris. The result was Généthon, a lab set up by the two organizations that produced the first map of the whole human genome in 1992, accelerating progress towards the full sequence.

A committed socialist and public servant, Gros worked for the greater good. As permanent secretary to the French Academy of Sciences in the 1990s, he led initiatives to promote health in developing nations. He was as much at ease chatting to a truck driver at a party in a squat as he was in the Elysée Palace, recalls Whalen. “There was an elegance about him in his behaviour, his speech and his writing.”