Five years in the coldest fridge in the known Universe 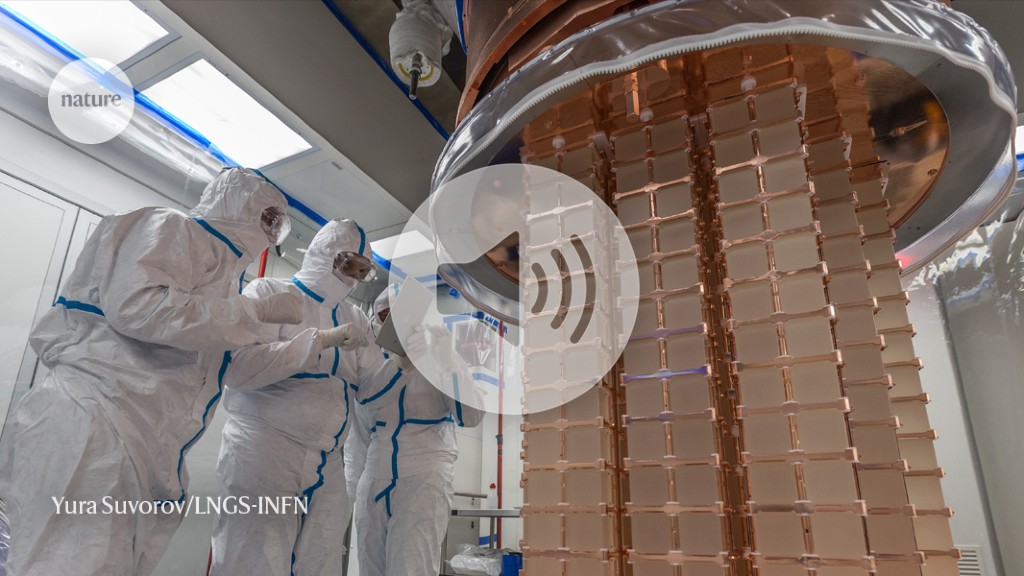 Listen to the latest from the world of science, with Nick Petrić Howe and Benjamin Thompson.

00:46 The very cool experiment looking for a proposed particle

Physics tells us that when matter is created, antimatter should be as well. But while the Universe is full of matter, there’s surprisingly little antimatter to be found. To try and understand this imbalance, a team have built a detector kept just above absolute zero which they are using to look for a hypothesised, ultra-rare type of particle decay that could create matter without antimatter.

Subsidence of coastal cities makes them more vulnerable to sea-level rise, and tackling ‘crazy ants’ with a parasitic fungus.

Research Highlight: Global cities are sinking — and humans are partly to blame

12:17 Solving the puzzle of the missing plasmids

Bacteria are well known for their ability to share genes, which they often do using small circles of DNA called plasmids. But while plasmids are common in bacteria, a long-standing mystery has been why they are absent in a group of cholera-causing strains of Vibrio cholerae. Now, a team might have solved this mystery, by discovering two previously unknown DNA defence systems that eliminate plasmids, hidden in the bacteria’s genomes.

We discuss some highlights from the Nature Briefing. This time, what smelling jars from an Egyptian tomb has revealed about ancient burial practices, and the latest report from the IPCC.