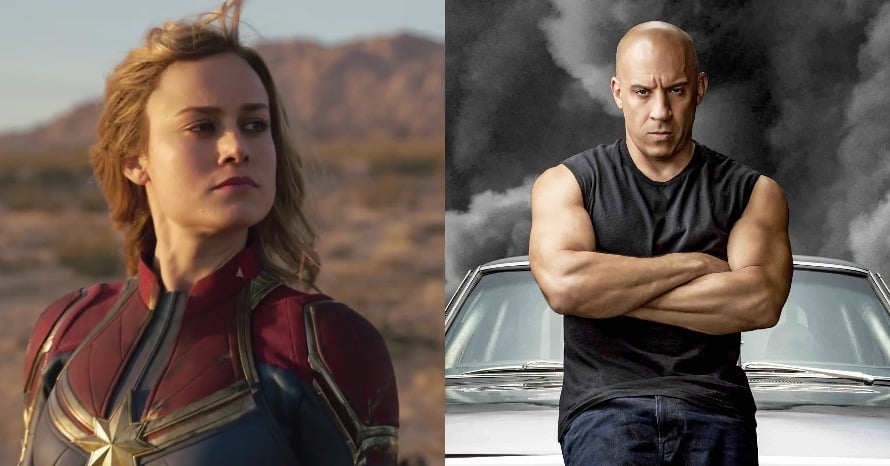 The upcoming tenth entry in the Fast & Furious franchise, titled Fast X, is currently in production. Although the film suffered a production hiccup following the departure of franchise veteran Justin Lin from the director’s chair, Louis Leterrier has since taken over. Vin Diesel is back as Dom Toretto, along with a slew of numerous returning cast members and some new ones, including Brie Larson.

In a set photo from the film, hyping up Brie Larson’s new role, Vin Diesel sang the praises of the Academy Award-winning actress. In his Instagram post, Diesel hypes up the new Fast X star as someone who will bring some significant change to the franchise, and the rest of the “family.”

You can check out Vin Diesel’s Fast X post with Brie Larson down below:

While the identities of certain new characters are unknown, some are speculating that Brie Larson’s character in Fast X is a key figure that joins Dom Toretto’s “family” in some way. It seems unlikely that she will be playing yet another sibling introduced from the Torettos’ past, but then again, there was no mention of Dom’s brother Jakob (John Cena) until F9.

Either way, Fast X is yet another exiting opportunity for the franchise to introduce some new faces, including Brie Larson, Jason Momoa, Alan Ritchson, and Daniela Melchior among others.

Here is the synopsis for the Fast X predecessor, F9: The Fast Saga:

Vin Diesel’s Dom Toretto is leading a quiet life off the grid with Letty and his son, little Brian, but they know that danger always lurks just over their peaceful horizon. This time, that threat will force Dom to confront the sins of his past if he’s going to save those he loves most. His crew joins together to stop a world-shattering plot led by the most skilled assassin and high-performance driver they’ve ever encountered: a man who also happens to be Dom’s forsaken brother, Jakob (John Cena, this year’s The Suicide Squad).

F9 sees the return of Justin Lin as director, who helmed the third, fourth, fifth and sixth chapters of the series when it transformed into a global blockbuster. The action hurtles around the globe—from London to Tokyo, from Central America to Edinburgh, and from a secret bunker in Azerbaijan to the teeming streets of Tblisi. Along the way, old friends will be resurrected, old foes will return, history will be rewritten, and the true meaning of family will be tested like never before.

Fast X is currently set to hit theaters on May 19, 2023. Stay tuned for all the latest news surrounding the franchise, as well as Vin Diesel and Brie Larson, and be sure to subscribe to Heroic Hollywood’s YouTube franchise for more original video content.