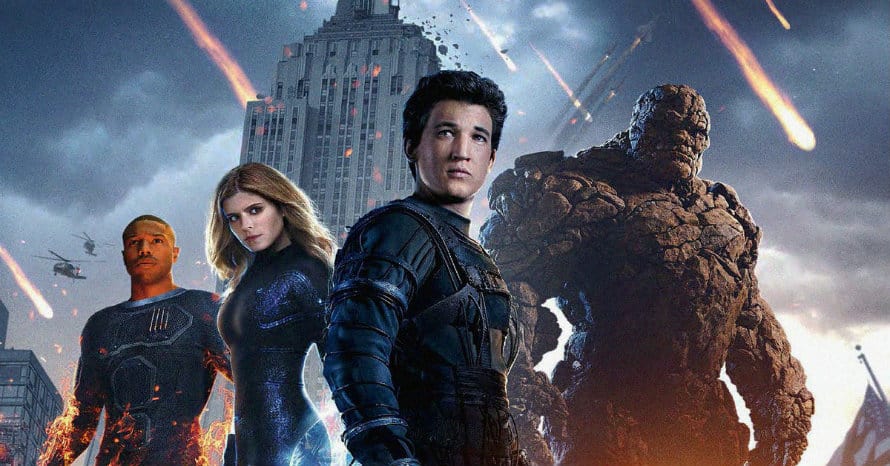 Jeremy Slater, one of the writers on 2015’s failed Fantastic Four reboot, discussed where the film fell apart in a recent Twitter Q&A.

While the original Fantastic Four films, released in the early 2000s, were met with a fairly underwhelming response from audiences, the 2015 reboot directed by Josh Trank has gone down in infamy as one of the worst superhero movies of all time. Jeremy Slater was one of three writers on the film, alongside Trank and Simon Kinberg, who has since gone on to write far better received projects. As well as writing the pilot episode for Netflix’s The Umbrella Academy, Slater is now writing Moon Knight for Disney Plus. Ahead of Moon Knight‘s debut, Slater responded to fan questions on Twitter and the topic of Fantastic Four inevitably came up.

One fan questioned Slater on his experience on Fantastic Four, asking what he had learned from the film and how it had shaped his approach to Moon Knight. Giving his own opinion on where the 2015 film lost its way, Slater revealed that he and Josh Trank had different ideas of what the film should be, explaining that “I was trying to write it like an MCU movie, which wasn’t what the director wanted.” Obviously, that same issue didn’t plague Slater when it came to writing the new MCU series.

The topic of Fantastic Four was a timely one, not just because the 2015 film’s writer is now working on a Marvel project again, but also because Marvel Studios are finally working on their own rendition of the classic superhero team.

When asked about the MCU’s upcoming Fantastic Four, helmed by Spider-Man: No Way Home director, Jon Watts, Slater made it clear there was no chance he would be getting involved with the project. However, he did express his excitement to see it realized:

Given the response to 2015’s Fantastic Four, it’s not surprising Jeremy Slater is happy to stay away from the property in future!

Here is the synopsis for the 2015 Fantastic Four reboot:

A contemporary re-imagining of Marvel’s original and longest-running superhero team, centers on four young outsiders who teleport to an alternate and dangerous universe, which alters their physical form in shocking ways. Their lives irrevocably upended, the team must learn to harness their daunting new abilities and work together to save Earth from a former friend turned enemy.

Fantastic Four is available on 4K Ultra HD, Blu-Ray, DVD, and digital. Stay tuned for all the latest news surrounding the franchise and be sure to subscribe to Heroic Hollywood’s YouTube channel for more additional video content.