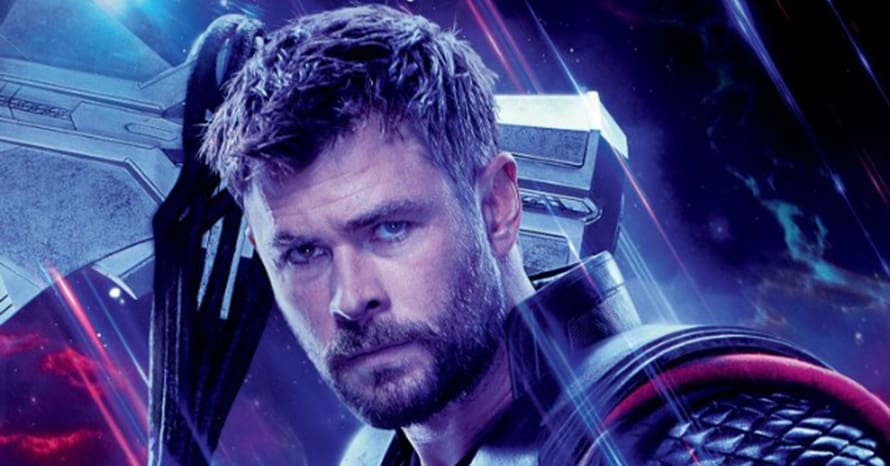 Although the next big Marvel Cinematic Universe (MCU) film to hit theaters will be the highly-anticipated Sam Raimi-directed film Doctor Strange in the Multiverse of Madness, fans are quite excited to finally get their first glimpse at Taika Waititi’s Thor: Love and Thunder, his follow-up to the acclaimed Thor: Ragnarok. Chris Hemsworth reprises his role as the titular God of Thunder, and will be reunited with Natalie Portman as Jane Foster for the first time since 2013’s Thor: The Dark World.

With little new promotional material released for Thor: Love and Thunder at this time, fans are searching far-and-wide for anything new related to the newest adventure for Chris Hemsworth‘s Thor, who will be the first Avenger to have four solo films. Well, some fans were given a surge of excitement yesterday when what looked to be a new poster for the film was seen in a movie theater:

Unfortunately, the poster is fake. For one, although we do see the appearance of certain expected characters such as Chris Hemsworth’s Thor, Natalie Portman’s Jane Foster, Taika Waititi’s Korg and the Guardians of the Galaxy, notably missing is Tessa Thompson’s Valkyrie. Also, the appearance of Idris Elba’s Heimdall wouldn’t make any sense given the fact that canonically, the character was killed by Thanos in the opening scene of Avengers: Infinity War.

It appears that this theater was finding a means to promote Chris Hemsworth’s Thor: Love and Thunder as soon as possible, especially since the film is set to hit theaters this summer. In the meantime, fans will have to be patient before we get anything official regarding the highly-anticipated film’s promotional campaign. After all, Marvel Studios has both Moon Knight on Disney Plus and Doctor Strange in the Multiverse of Madness on the way, so there’s that to look forward to in the meantime.

Thor: Love and Thunder is set to be released on July 8, 2022. Stay tuned for all the latest news on the upcoming Chris Hemsworth film, and be sure to subscribe to Heroic Hollywood’s YouTube channel for more original video content.