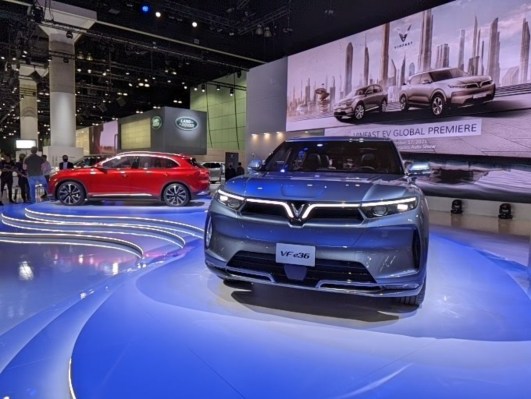 Vinfast filed confidentially for an initial public offering, as the EV automaker born out of Vietnam’s Vingroup continues fast and furious plan to expand into the U.S. and European markets.

The filing is the latest example of EV startups racing to the public markets — either through a traditional IPO or a merger with a special purpose acquisition company — in an aim to capture the same success of Tesla and the capital needed to develop and produce large volumes of vehicles. Rivian took the traditional IPO route, while Canoo, Faraday Future Intelligent Electric, Fisker, Lordstown Motors and Lucid Group have all merged with a blank-check or special purpose acquisition company to become publicly traded.

VinFast Trading & Investment Ltd., a Singapore-incorporated subsidiary of Vingroup Joint Stock Company, submitted a draft registration to the U.S. Securities and Exchange Commission, the company said in a statement on its website, adding that the size and price range for the proposed offering have yet to be determined.

The initial public offering is expected to take place after the SEC completes its review process, the company said.

Vinfast isn’t exactly a household name in the U.S., but it wants to be. The company first launched in 2017 and became Vietnam’s first domestic car manufacturer when its gas-powered models reached consumers in 2019. The company has since promised to build only electric vehicles by late 2022.

Last month, the company announced plans to build its first U.S. factory in North Carolina. Vinfast has said it will spend about $2 billion in the first phase of construction of the 1,976-acre North Carolina factory and will continue to invest in future phases. The first phase, which will have the capacity to produce 150,000 vehicles annually, is expected to be completed by July 2024.

The factory will be used to produce two all-electric SUVs as well as electric buses, batteries for electric vehicles and ancillary industries for suppliers.