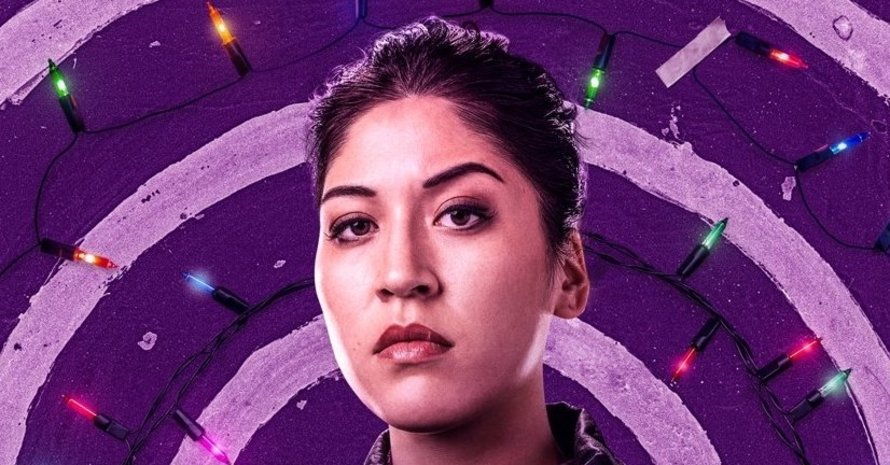 Marvel Studios has shared a first look at the new Disney Plus series, Echo, which stars Alaqua Cox in the lead role.

During Disney Plus Day back in November, Marvel Studios announced a slew of new series that were in development. One of those series is Echo, which is a spinoff of Hawkeye and will star Alaqua Cox, reprising her breakout role.

Marvel Studios shared the first official photo of Alaqua Cox from Echo, which they then confirmed will be premiering on Disney Plus sometime in 2023. You can check out the new photo from the new series down below:

Along with the release of this first official photo, Marvel Studios also released the official synopsis for Alaqua Cox’s Echo series, confirming that we will be seeing more of the character’s origins, which were briefly touched on in Hawkeye:

“The origin story of Echo revisits Maya Lopez, whose ruthless behavior in New York City catches up with her in her hometown. She must face her past, reconnect with her Native American roots and embrace the meaning of family and community if she ever hopes to move forward.”

Alaqua Cox made her debut as Echo in Hawkeye. Here is the synopsis:

Former Avenger Clint Barton has a seemingly simple mission: get back to his family for Christmas. Possible? Maybe with the help of Kate Bishop, a 22-year-old archer with dreams of becoming a Super Hero. The two are forced to work together when a presence from Barton’s past threatens to derail far more than the festive spirit.

The first season of Hawkeye is now available to stream on Disney Plus. Stay tuned for all the latest news surrounding Alaqua Cox’s Echo, and be sure to subscribe to Heroic Hollywood’s YouTube channel for more original video content.