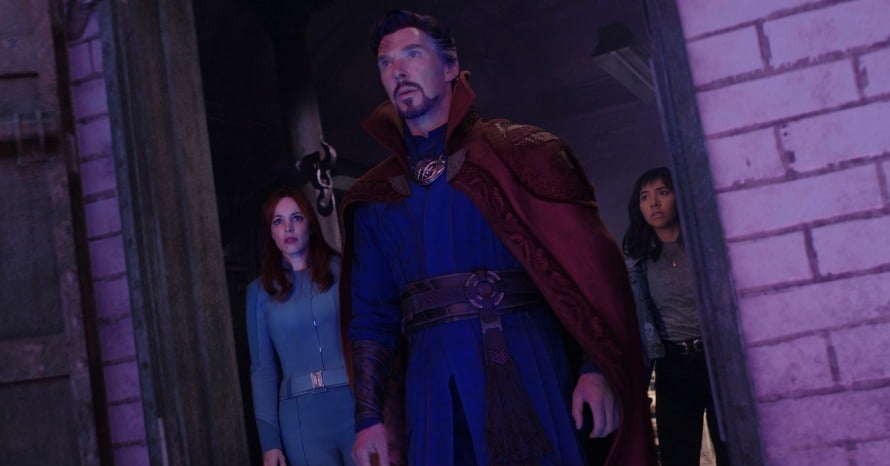 A promo poster for Doctor Strange in the Multiverse of Madness reveals a new look at the upcoming film’s ensemble.

Doctor Strange in the Multiverse of Madness is the next MCU film on the docket, with the project recently completing several weeks of reshoots. With May on the horizon, the hype is building up with the film rumored to feature some familiar faces from past Marvel features. Patrick Stewart’s Professor X from the Fox X-Men era is one character that has already been confirmed for the upcoming film following the initial trailer tease.

Like with Spider-Man: No Way Home, Marvel Studios appears to be keeping a lid on the film’s surprise appearances, with the marketing focusing on Scarlet Witch, Wong, and MCU newcomer America Chavez.

With marketing for the sequel starting to ramp up, new promotional art from Shell has surfaced. The poster features a clear look at Benedict Cumberbatch’s Doctor Strange with Wong, Scarlet Witch, and America Chavez. You can check out the new promotional poster for the next Marvel Studios film below.

Doctor Strange in the Multiverse of Madness hits theaters on May 6, 2022. Stay tuned for all the latest news on the upcoming Marvel film, and subscribe to Heroic Hollywood’s YouTube channel for more original video content.